OTT Release this week: From Blonde to Riteish Deshmukh's rom-com, a list of top hits on web space this week 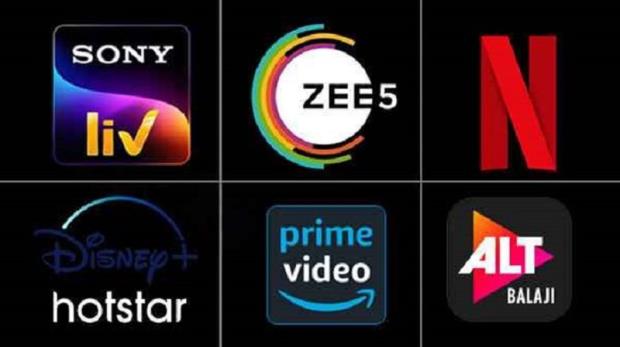 Sliding into the week ahead marking an end to one of the most enthralling months for the OTT releases right from Day 1. This week as well brings along some fine works on display from across the genre and languages.

From the biographical drama Blonde to Riteish Deshmukh's Plan A Plan B a quick look at what the last week of September has you to offer.

Plan A Plan B:

A romance-comedy featuring Riteish Deshmukh and Tamannaah Bhatia where the two as polar opposites in their profession cross paths and how things unfold among the two will be a treat two watch. Releasing on September 30th on Netflix. The film also stars, Poonam Dhillon and Kusha Kapila.

A biographical mystery-drama featuring the personal life story of world-famous Hollywood actress Marilyn Monroe. Apart from her success on screen, the actress has been through a series of contrasting stages including love issues, exploitation, abuse of power, and medication addiction you will get to see all of it as the Andrew Dominik directorial releases on the 28th of this month on Netflix.

An old woman (Anke Bak) in rural Germany has just retired from her job at the Church and is haunted by the void of her solitary life. She decides to travel to Hong Kong, the protest-riddled nation that has kept her son away for so many years. Jonas Bak’s directorial German Drama is set to hit the web space on the 28th of September on Mubi.

Eat the Rich: The GameStop Saga:

A 3 episode documentary showcases a group of millennials coming together to save GameStop — the video game, consumer electronics, and gaming merchandise retailer from being taken over by Wall Street big shots. Directed by Theo Love releases on September 28th on Netflix.

Hotstar Specials Karm Yuddh hovers around the family and a feud over a succession crisis within a Kolkata-based family. Directed by Ravi Adhikari the film stars Paoli Dam, Ashutosh Rana, and Satish Kaushik along with Sachin Parikh, among others. The film is set to hit the web space on September 30th.