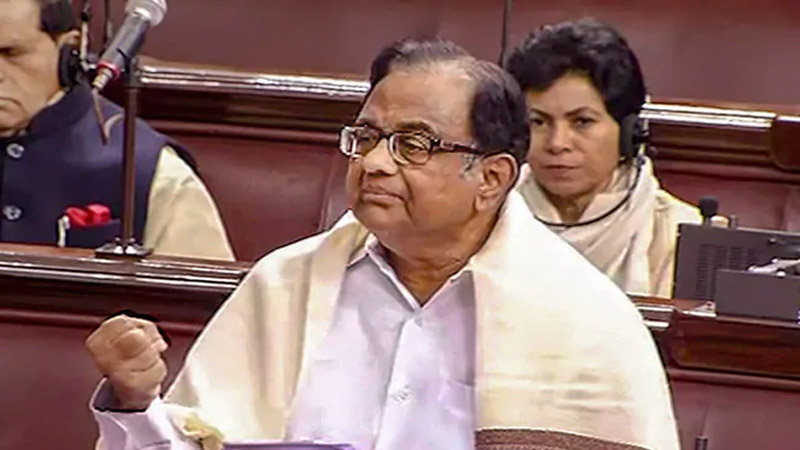 P Chidambaram spoke in Rajya Sabha, initiated the conversation over budget and said the economy was being attended by "very incompetent doctors," who won't put in any efforts to prevent further damage.

Taking a note on the departure of ex-RBI governor Raghuram Rajan and former chief economic advisor Arvind Subramanian, Chidambaram said that "every competent doctor has left the country. Even Arvind Panagariya could not stay longer."

He said, demand constraints and least investments are being faced by the economy. Fall in consumption and hike in unemployment has made India poorer. Thus, “fear and uncertainty prevails in the country,” he added.

He said Finance Minister Nirmala Sitharaman in her 160-minute budget speech did not talk of the economy and its management. “You are living in echo chambers. You want to hear your own voice,” he said.

Congress leader also stated that the government is "living in denial," no measures have been introduced to revive economy's demand. "The only way to revive demand is to put money in the hands of people and not in the hands of corporates," Chidambaram said.

Taking his speech further, Congress leader said, “The problems are structural, not cyclical. Six quarters of declining growth rate, agriculture is growing at 2 per cent, consumer price index inflation 1.9 per cent in January 2019 rose to 7.4 per cent in December 2019, food inflation is 12.2 per cent, bank credit is growing at 8 per cent... Overall credit is about 9 per cent. The result is it shows up in numbers.”

P Chidambaram alleged the governmemt for not spending money on schemes like food subsidy, PM-KISAN, and mid-day meal schemes in comparison to what was promised.

"Hopelessly insufficient" allocation has been made to defence by the government. He added, "I don’t know why the Chief of Defence Staff and the secretary of the newly created department of military affairs are not protesting. He should protest loudly."