Pakistan Prime Minister has again moved to the United Nations Security Council (UNSC) over Jammu and Kashmir, new set of guidelines for domicile as issued by the Home Ministry last month. 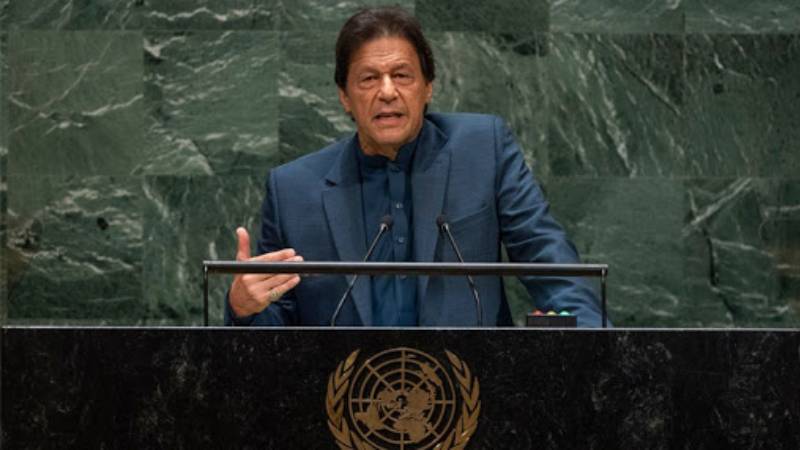 However, the letter was sent to UNSC on Sunday just after three months its last effort to talk about Kashmir dispute along-with the support of its all-weather partner Beijing was dismissed. Indian Foreign Ministry has not responded to Pakistan's about its recent effort yet.

Apparently as per the reports, one Indian official said New Delhi will definitely respond to Pakistan's 'three-page rant' at an appropriate time. The official also revealed that Pakistan's letter to UNSC has been sent on the same day when Prime Minister Imran Khan sent out a video SOS seeking help from the international community to deal with the Covid-19 pandemic.

In the current letter to Jose Singer, the Special Envoy of the Domician Republic who will hold the position of President next month, Pakistan alleged that the Indian governmnet's new domicile rules for Jammu and Kashmir were designed to change the demographic structure of the state.

Last month, the Union home ministry had issued set of new guidelines under which all government jobs are reserved in J&K for domiciled residents of the union territory. In the new norms, the goverenment had also accepted the demands from people who spent most of their life in UT to be counted as its residents. Apparently, the people who have lived in the UT for  years are being counted and treated as domociled residents.

But, Pak foreign minister Qureshi alleged that "this action and its possible consequences had gripped people of Kashmir in fear and panic as they are now threatened by demographic floodinig by outsiders."

“The timing of the Indian action, at this moment of global health crisis, is particularly reprehensible as it seeks to take advantage of the international community focus on the ongoing Covid-19 pandemic and further advance the ruling BJP sinister, “Hindutva” agenda,” Makhdoom Shah Mahmood Qureshi said in his letter to the UNSC President.

Qureshi also accused India of violating ceasefire norms along the border of the two countries. He said there has been a spike in firing along the Line of Control this year for which both countries blame each other for starting it off.

It was also noted by Qureshi that there had been 700 ceasefire violations by India since December 2019.

India, on the other hand, has counted nearly 1,200 ceasefire violations between January and March; 411 of them last month when Covid-19 cases started to peak globally.

The Indian Army sees a link between a spike in ceasefire violations by Pakistan and continuing efforts to push terrorists into Jammu and Kashmir. Intelligence agencies have reported that there were more than 200 Pakistan-trained terrorists waiting to cross over into India.