The operation was successfully executed with the coordination of central agencies and Rajasthan police, Punjab Police DGP Gaurav Yadav said while interacting with the press after the arrests 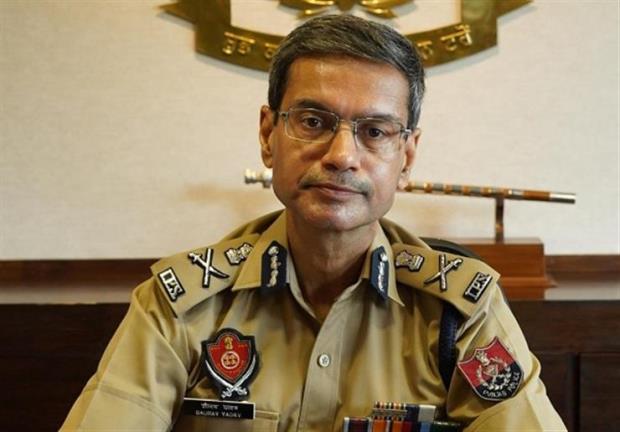 The ongoing drive to make Punjab a crime-free state launched on the directions of Chief Minister Bhagwant Mann achieved a major breakthrough after Punjab Police's Anti-Gangster Task Force (AGTF) on Sunday arrested the sixth shooter involved in the targeted killing of Pardeep Singh, after a brief encounter with police teams in Jaipur, Rajasthan.

In a conspiracy hatched by the Canada-based terrorist Goldy Brar, Pardeep was killed by six shooters outside his shop in Kotkapura on November 10, 2022.

Director General of Police (DGP) Punjab Gaurav Yadav identified the arrested accused as Ramjan Khan alias Raj Hooda. He said that the police teams have also arrested his two accomplices identified as Happy Mehla (19) and Sahil Mehla (18), both residents of Hanumanghar in Rajasthan.

The police have also recovered two pistols including a Chinese-made Star .30 caliber and .32 caliber from their possession, he added. The development came three days after Punjab Police had arrested three persons, including two main shooters identified as Manpreet Singh alias Mani and Bhupinder Singh alias Goldy, and one facilitator identified as Baljit Singh alias Manna, involved in this targeted killing. On Saturday, the police teams also recovered two pistols, a Maruti Ritz car, and a Jupiter Scooter on the revelations of Mani and Goldy.

DGP Gaurav Yadav said that acting on human Intelligence, teams from AGTF headed by ADGP Pramod Ban under the supervision of AIG Sandeep Goel followed the trail of the accused Ramjan Khan.

After collecting vital clues, the police teams of AGTF led by DSP Bikram Brar and DSP Rajan Parminder managed to trace his location in a building at Vinayak Enclave Colony in Jaipur, where he was holed up with his two accomplices in rented accommodation, he said.

The DGP said that in a well-coordinated operation with Central agencies & Rajasthan Police, the AGTF team has managed to zero in on Ramjan Khan at his rented accommodation. “When police teams tried to arrest and apprehend Ramjan, he opened fire at the police party, and in retaliatory firing, he got injured,” said the DGP, adding that the accused has been admitted to the hospital for medical treatment in Jaipur.

He said that investigations are on to establish the role of two accomplices apprehended along with Ramjan Khan. An FIR No 228 dated 10.11.2022 had been registered under sections 302, 307, 148, 149, and 120-B of the Indian Penal Code (IPC) and 25/54/59 of the Arms Act at Police Station City Kotkapura regarding the targetted killing of Pardeep Singh.