The biggest Patialia News Today has been the identification of 'mastermind' Barjinder Singh Parwana by the Punjab Police just a day after the Patiala Violence. 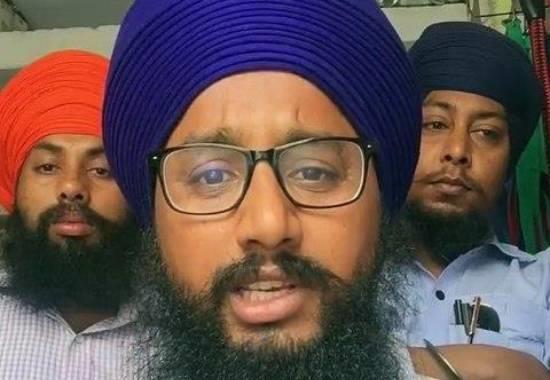 In a rapid action, Punjab Police on Saturday named 'key conspirator' Barjinder Singh Parwana in the Patiala Violence Case. The biggest Patialia News Today has been the identification of 'mastermind' Barjinder Singh Parwana by the Punjab Police just a day after the Patiala Violence. Punjab Police went into active mode after CM Bhagwant Mann rapped Police officials over the serious security lapse and launched a probe over the Patiala Violence.
Barjinder Parwana, who had emerged as the 'key conspirator', was responsible for leading the pro-Khalistani group outside the Kali Mata temple when members of Shiv Sena began a 'Khalistan Murdabad March'. Parwana is said to have a criminal background. "The peace committee members have assured us that atmosphere like this will not be created in the city in any procession. The principal conspirator, Barjinder Singh Parwana, has a criminal background," Patiala Inspector-General of Police Mukhwinder Singh Chhina had revealed earlier today.
Now those wondering and keen to know who is Barjinder Parwana can read further:
Who is Patialia Violence prime accused Barjjinder Parwana?
Also Read: Action on Patiala Violence: 6 FIRs against 25 people, three arrested; Barjinder Parwana mastermind of the whole conspiracy
Barjinder Parwana is history-sheeter. As per OP India, in 2021, Barinder Parwana was arrested by the Mohali Police.  Mohali Police had arrested Damdami Taksal Jatha Rajpura chief and Kathavachak Barjinder Singh Parwana. Reportedly, he was arrested based on the complaint by Shiv Sena leader Sudhir Suri who was also arrested by Punjab Police for hurting religious sentiments on July 6.
Notably,  Parwana often publishes videos and statements favouring Sikh militant Jarnail Singh Bhindranwale. In the past, Parwana had made headlines when he released a statement supporting Daljit Singh Kashmir and others who were accused of lunching of Army Man in a Gurudwara in Gurdaspur.
It is pertinent to mention here that Parwana has a history of promoting Sikh militants on his social media profiles. In a few photographs and videos where he is wearing a half-sleeve shirt, a tattoo of Jarnail Singh Bhindranwale could be seen on his arm. On June 5, he had also released a song titled Bhindranwala (The Warrior) under the Punjabi Records label.