The NCP of Sharad Pawar and the  SP of Akhilesh Yadav have decided to campaign together in Uttar Pradesh's upcoming assembly elections. The move is intended to destabilise the BJP. 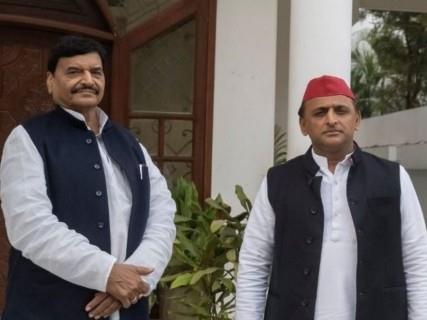 The Nationalist Congress Party (NCP) of Sharad Pawar and the Samajwadi Party (SP) of Akhilesh Yadav have decided to campaign together in Uttar Pradesh's upcoming assembly elections. The move is intended at deposing the state's ruling Bharatiya Janata Party (BJP), which has been in power since 2017.
Pawar and Akhilesh spoke on the phone about their desire to ally, but no seat-sharing was discussed.
Pawar is also alleged to be in discussions with other "like-minded" groups in an attempt to form a united front against the saffron party.
The efforts to build a "grand secular alliance" in Uttar Pradesh accelerated on Tuesday, with the Congress announcing its decision to join forces with Akhilesh Yadav's SP, which was given the party symbol "bicycle" by the Election Commission.
Last week, Akhilesh Yadav told party workers that the BJP is a "anti-people" party that is running the government with "hate." He claimed that next year's Assembly elections will be the "final chance" to save democracy.
"To achieve the target of securing 350 seats in UP, we will have to work day and night," Akhilesh stated , the party activists must be wary of the BJP's "tricks," he added.
Also Read: Muslim factor in UP elections 2022
Between 11 February and 8 March, voters in the country's most populous state will go to the polls to elect a 403-member House in seven phases. The counting will take place on March 11th.