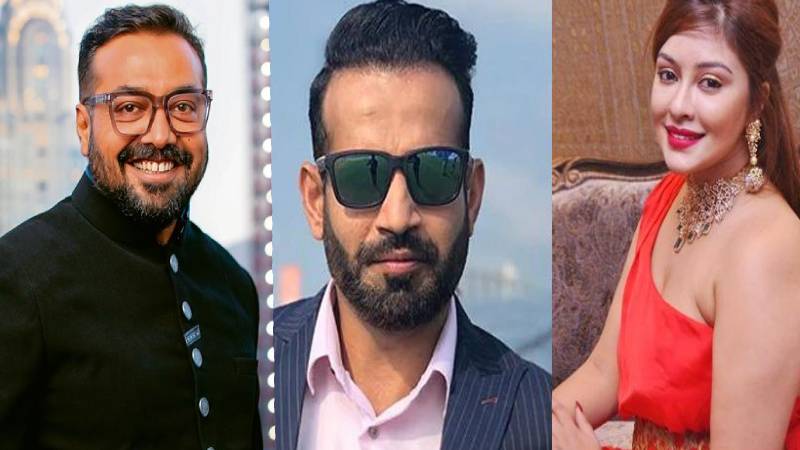 It's been days since the Mumbai Police questioned film-maker, Anurag Kashyap, in the rape case filed by Bollywood actress Payal Ghosh still no developments are coming. Payal Ghosh had filed an FIR against Anurag Kashyap for allegedly raping her on the pretext of giving her work.

Anurag reached Versova police station on October 1 and was questioned by the police for close to 8 hours. Now, Payal Ghosh has uttered another name in the case. Payal took to Twitter and shared her photo with former Indian cricketer Irfan Pathan and slammed him for remaining silent in spite of knowing of what Anura Kashyap did to her.

Payal wrote, "I have definitely not talked about mr. kashyap raped me but I shared everything with @IrfanPathan about the conversations including (xyz) alas!! he is keeping mum inspite of knowing everything and once he claimed to be my good friend."

"2014 a day prior to Holi AK msg me ,was asking me 2 b 2his place dt time @IrfanPathan was at my home only,d msg came infront of him & I told him I’m going to go 2 @vineetjaintimes ‘s party but not 2 mr. Kashyap’s house. Hope he remembers.!!"

"The point of tagging ⁦@IrfanPathan ⁩ doesn’t mean I have any interest in him but he’s the one I have shared everything about Mr. Kashyap but not d  rape thing.. I know he believe in his faith and his elderly parents so I expect him to talk about whatever I shared wd him," Payal added.