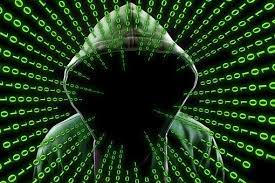 Six members from Mahyco Monsanto BioTech India and Monsanto India, four members of NSCN-IM in Nagaland have been reported as the potential targets of Pegasus, according to The Wire, the digital news portal which is part of global investigative projects.

The list also includes a member of the committee of the Assam Accord; Kitovi Zhomomi, one convenor of Naga National Political Groups and Malen Ningthouja, a Delhi-based writer from Manipur.

Also Read: Explained: What is Pegasus spyware, how it works & can it read Whatsapp messages?

A closer look at the timings of the selection provides useful insights into the negotiation process that the centre has had with the Naga leaders.

As per the digital portal, “The numbers present on the leaked list were added from mid-2017 onwards.”

According to the report in 2018, then the BJP government of Maharashtra has set up an SIT to probe companies “allegedly selling or releasing unapproved herbicide-tolerant (HT) transgenic cotton, or Bt cotton, seeds in the state”.

It further said that in the year 2018, under the Pegasus Project, the phone numbers of six officials from Mahyco Monsanto BioTech India and Monsanto India were selected as possible candidates for surveillance, investigations.

Also Read: Explained: Is your smartphone, Whatsapp safe against Pegasus spyware? Here’s how to avoid hacking

The spyware believed to be around at least since 2016 was developed by the Tel Aviv, Israel-based cyber intelligence and security firm NSO Group. Pegasus, the most advanced among all such snoop ware available in the market, is also known by other names like Q Suite and Trident.

The spyware was created to hack computers and smartphones to collect data and deliver it to a third party. It is malicious since it collects data without the person's permission.

Recently, the Pegasus may have been used to spy on about 300 Indians, including two serving Cabinet ministers at the Centre, three opposition leaders, a Constitutional authority, government officials, scientists, and about 40 journalists.

Reportedly, forensic tests have confirmed that some of them were successfully snooped on by an unnamed agency.