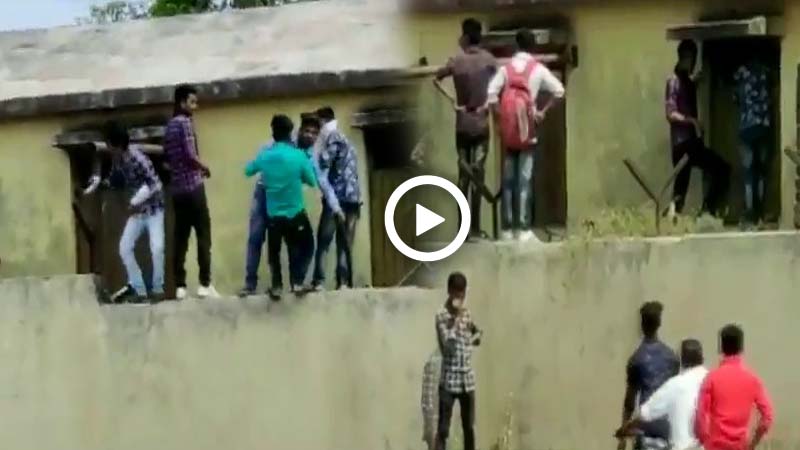 Everyone's heard about the cheating cases during board exams in Uttar Pradesh and Bihar, however, a recent incident of cheating came into the limelight which showcases that cheating is not categorised according to states. A video has surfaced online in which people can be seen climbing walls and passing cheats to the students giving matriculation exams.

The incident took place at Zila Parishad School, Mahagaon in Yavatmal district, Maharashtra. As per AS Chaudhary, exam centre controller of the school said that they have been facing an issue due to an incomplete boundary wall. “The boundary wall of our school compound is incomplete, so we have asked police to increase the security. We have repeatedly contacted them over the phone,” she said.

Get the latest update about Viral Video, check out more about Maharashtra News, CHeating In Board Exams, Education News & Cheating Video