In a new PGI study, it is found that one in four students studying in government schools is a victim of bullying. 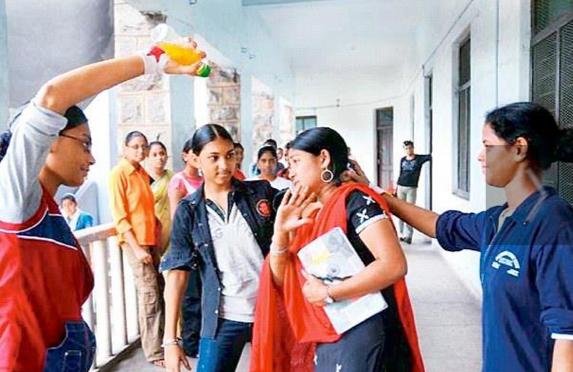 According to a new study by PGI Chandigarh, bullying encourages the tendency of students to commit suicide. Refusing to play, they begin to develop suicidal tendencies.

Olvius Bully/Victim Quotient (OB/VQ) has been used in this. Emotional, self-esteem and temperament problems were measured in students using parameters such as the Rosenberg Self-Esteem Scale, Strengths and Difficulties Quotationary.

For doctors, the results of this research were very surprising because 26.5% (16% of abuses, 5.2% of crimes and 4.3% of bully victims) in school were victims of different types of bullying. Of these, verbal bullying was the most common with 55.1%, 32.7% physical, and 25.2% relational bullying and 2.7% being cyberbullying. At the same time, 44% said that the adults present in the school did nothing to stop the bullying.

According to Dr. Madhu Gupta, Professor in the Department of Community Medicine, PGI, one of the authors of the study, students are prone to suicide due to bullying that occurs during studies in schools, parks and even online classes.

Although, there are many intervention programs in South East Asian countries to stop bullying, but, not in India. That's why we have designed Stop Bullying-School Intervention Program (SB-SIP) for school students. The program will be taught in powerpoint presentations and bilingual. He told that as soon as the school opens, it will start in the school after meeting with the concerned authorities and the principals of the school.

According to Dr. Madhu Gupta, it will be operated at 3 levels which include individual (students), relationship (parents and teachers) and school level. Its objective is to increase the knowledge of students about bullying behavior and victimization, its effects and enhance their skills to avoid it.

1.    The parent module will have bullying awareness sessions and strategies on how to manage your child who is a victim of bullying.

2.    The teachers’ module will have sessions on safe classroom environment, how to respond to bullying rumors and how to stop bullying on the spot.

3.    School level strategy will be given to the school administrators who will be sensitized to the problems related to bullying. An Anti-Bullying Committee will be set up to introduce the school rules against bullying.