Biden pledges to bring stranded Americans back from Afghanistan, called US exit as “wise decision”

Biden further added that 90% of all Americans who were in Afghanistan have come back to America. 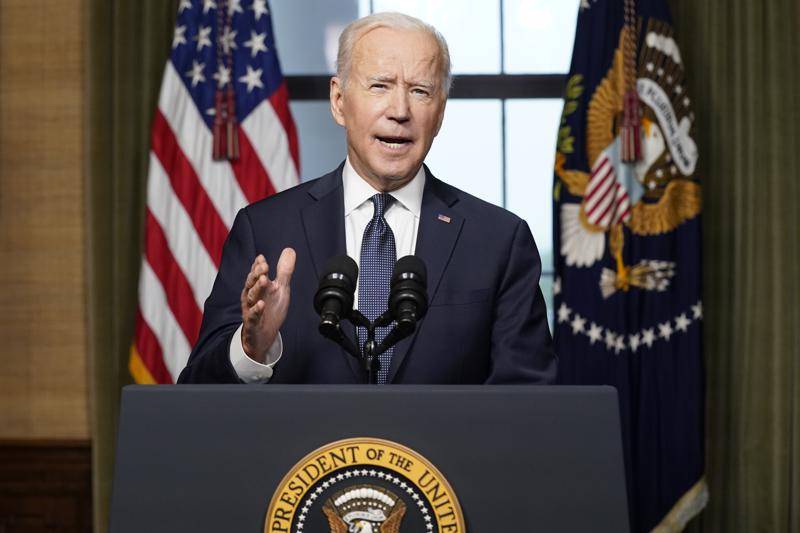 Defending his decision to remove its troops from Afghanistan, US President Joe Biden on Tuesday stated that it was in the US National interest.

"We no longer had a clear purpose in an open-ended mission in Afghanistan," he said a day after the US military finally withdrew.

"This is the right decision. A wise decision. And the best decision for America," he added.

During a press conference at the White House, Biden claimed that Americans who are trapped in Afghanistan have been brought back to the US, while stating that there are 100 to 200 American citizens who are still stranded there will be brought back soon.

After the withdrawal of troops, Biden has been criticized for leaving behind its people in the war-torn region. When asked about the abandoned civilians, the president said that those who are trapped also have Afghanistan citizens.

Earlier, these people had decided to stay there citing their Afghan origin, but now they want to leave and escape the Taliban rule.

Biden further added that 90% of all Americans who were in Afghanistan have come back to America.

The Biden administration has set no deadline to bring those stranded citizens but the country is determined to bring them back.

According to reports, this meeting between Mittal and Sher Mohammad happened at the initiative of the Taliban. Abbas is the head of the political wing of the Taliban and has long-standing links with India.

The meeting was held at the Indian Embassy in Doha.

Sher Mohammad who has lived in India since the 1980s has received military training at the Military Academy located in Dehradun. He remained in the Afghan military, but later left it and went with the Taliban.

Meantime, sources have said that Britain is preparing for an airstrike on terrorist organization ISIS-Khorasan that claimed responsibility for the suicide bomb attack at the Kabul airport. The targets can be attacked at any time, Britain has said.

Recently, the Pentagon revealed that there are about two thousand ISIS Khorasan fighters currently operating in Afghanistan.

Condoling the attack on Kabul airport, he said that Britain stands with its alliance partners in this time of grief. We will do everything possible to eliminate this terrorist organization. According to media reports, UK government officials have already investigated the logistics for the airstrike.

Also Read: “It was time to end this war,” says US President Joe Biden on Afghanistan Crisis

He has inspected targets, refuelling and base conditions of Royal Air Force (RAF) fighter aircraft. Wigston said that Britain can attack the terrorist organization through the strike, by sending an army or by using equipment of any other country.

US forces left Afghanistan on Monday night before the time set for the withdrawal. As soon as the US troops left Afghanistan, the Taliban captured Kabul Airport and celebrated the event with bursting crackers and gun fires. The Taliban seized many war equipment left by the US military at the Kabul airport, from missiles to planes, however, the Taliban fighters won't be able to use them because they have been disabled.