In a serosurvey conducted by PGIMER, 71 percent out of 2700 children developed antibodies against the SARS-CoV-2 virus. 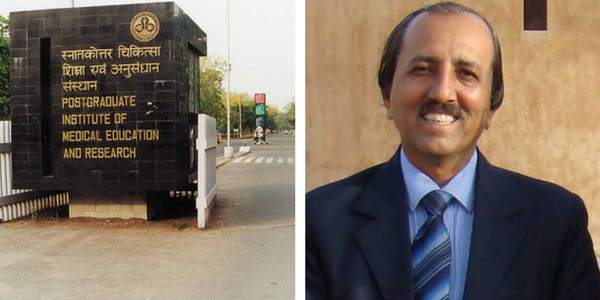 The Post Graduate Institute of Medical Education & Research (PGIMER), Chandigarh conducted a serosurvey on 2700 children and out of total 71 percent of the children developed antibodies, which means that those children would not be affected by ‘coming’ Covid third wave, said PGIMER Director Dr Jagat Ram, as per reports by media agency ANI.

Director said, “We're at the beginning of the 3rd wave of COVID-19 pandemic. A serosurvey conducted by PGIMER, Chandigarh among 2700 children shows 71 percent of them have developed antibodies. It shows children won't be affected disproportionately during the third wave.”

He further said that the samples were collected from Chandigarh’s rural, urban and slum dwell areas.

He also informed about the serosurveys conducted in Maharashtra and New Delhi, he said around 50-75 percent of children developed antibodies in these states. He concluded, “So the various surveys show that third wave will not hit the children”.

He stated that the peak of the third wave may be delayed but people should follow Covid-appropriate behaviour, the eligible population must get the vaccination, people must wear a face mask and social distancing must be followed.

For now, Covishield, Covaxin and Sputnik V are being administrated in the country. On September 13, India touched a milestone as COVID-19 vaccination coverage crossed the 75 crore mark. The country was praised by the World Health Organisation.