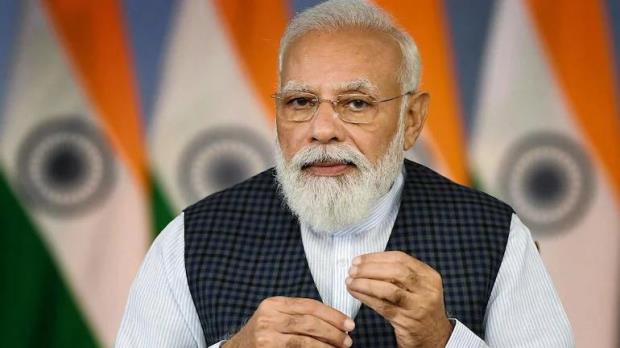 Prime Minister Narendra Modi on the auspicious day of Guru Purnima addressed the nation has announced that his government is taking back the three farm laws. His address comes before he leaves for Uttar Pradesh to inaugurate a number of programmes.

Saying that his government is doing its best to improve the financial well-being of the farmers and committed to serving them, with a feeling of sorrow in his voice he also accepted that he was not able to convince the farmers despite putting tremendous efforts.

Further, he said there was a section of farmers who were opposing the three farm laws and the centre tried to educate and inform them about it. However, the benefits of the laws weren’t able to reach them.

Haven't been able to convince farmers. Only a section of them was opposing the laws, but we kept trying to educate, inform them.

" The goal of the three farm laws was to empower farmers, especially small farmers. In the coming Parliament session, we will take constitutional measures to repeal these farm laws," PM Modi said in his address.

The government had tried its best to explain the farmers, were ready to modify the laws, suspend them too and it even reached the Supreme Court as well.

“We haven't been able to explain to our farmers. This is not a time to blame anyone. I want to tell you that we have taken the farm laws back. We are repealing the farm laws.”

"Maybe something was lacking in our tapasya, which is why we could not convince some farmers about the laws. But today is Prakash Parv, not the time to blame anyone. Today, I want to tell the country that we have decided to repeal the three farm laws," said PM Modi bowing down to the year-long protest that also grabbed international headlines.

"Whatever I did was for farmers. What I am doing is for the country,” Modi added.

The decision has come after over a year of fight that thousands of farmers have put up demanding the removal of the three farm laws. Farmers from Punjab, Haryana, Uttar Pradesh and Rajasthan in November last year marched from their respective places and camped outside Delhi. The protest didn’t stop through several rounds of talks between the government and the farmer’s unions, disruptions in parliament and Supreme Court hearings. The farmers had argued that the farm laws would expose them to unfair market practices and leave them to the mercy of big corporates and deprive them of their deserving earnings.