PM Modi Cabinet revamp: Full list of ministers with the portfolios they got

Notably, the latest sworn-in ceremony took place in the Darbar Hall of the Rashtrapati Bhawan on July 7 in which 28 leaders took oath as minister of states. 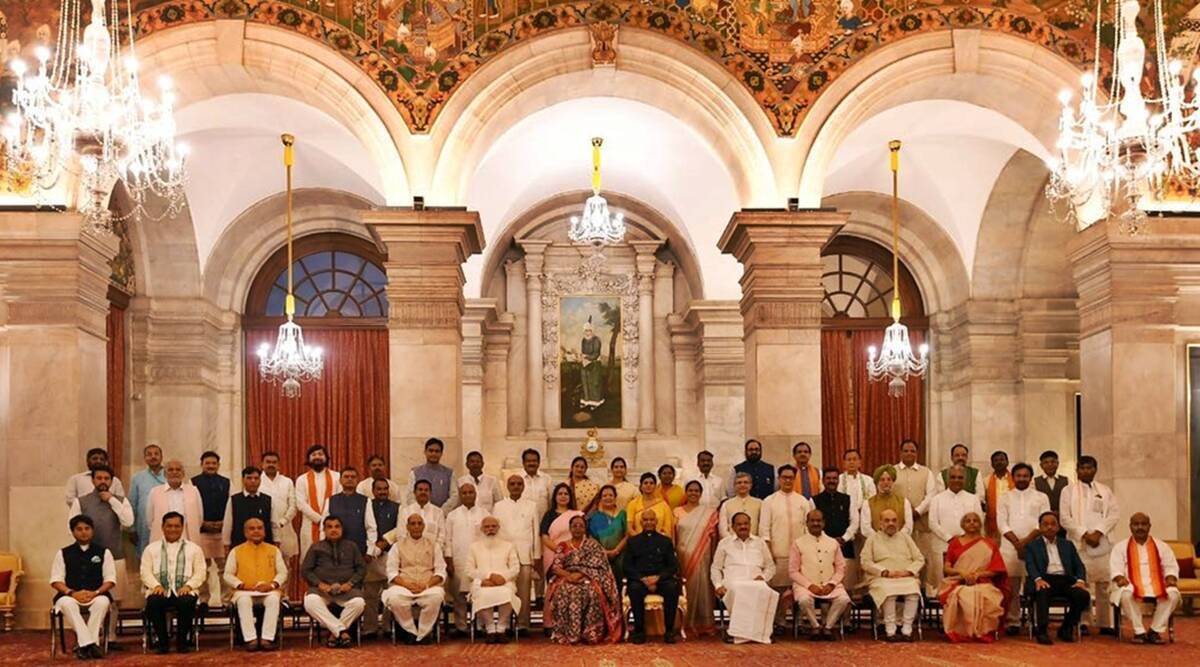 Prime Minister Narendra Modi government on Wednesday witnessed a significant revamp as new young faces were inducted into the Cabinet followed by an unpredictable drop of 12 ministers.

Notably, the latest sworn-in ceremony took place in the Darbar Hall of the Rashtrapati Bhawan on July 7 in which 28 leaders took oath as minister of states. A total of 15 Cabinet ministers including some new faces were also inducted. This took the overall strength of the Union Cabinet to 78 including the prime minister.

The latest revamp has also brought 7 more women faces as ministers of state. These include Karandlaje, Darshana Vikram Jardosh, Lekhi, Annpurna Devi, Pratima Bhoumik, Dr. Bharati Pravin Pawar, and Anupriya Singh Patel. With this, there are a total of 11 women in the Union Cabinet including Nirmala Sithraman, Smriti Irani, Sadhvi Niranjan Jyoti and Renuka Singh Saruta.

1.   Mansukh Mandaviya- Health Ministry along with the Ministry of Chemical Fertilizers. Notably, he will be assisted by the junior minister Dr. Bharati Pawar.
Notably, it will be a challenging time for the newly appointed Health Minister as the threat of the third wave of Covid-19 looms over the country. Mansukh has replaced Dr. Harsh Vardhan to take charge of this crucial portfolio.

2.   Ashwani Vashnaw, a newcomer in the Cabinet, the Rajya Sabha MP from Odisha- Ministry of Railways and IT

4.   Jyotiraditya Scindia- Civil Aviation Ministry. Notably, this ministry was once handled by his father Madhavrao Scindia, died in an airplane crash in 2001.

Also Read:Pathetic management of second wave of Covid-19 leads to action on 12 ministers by PM Modi

6.   Anurag Thakur- Information and Broadcasting Ministry along with Youth Affairs and Sports

9.   Amit Shah- He is currently handling Home Ministry and he will handle newly created ‘Ministry of Cooperation’

10.        Meenakshi Lekhi- Minister of State in External Affairs and the Culture Ministry

14.        Bhupender Yadav- Ministry of Environment, Forest and Climate Change and the Labour and Employment