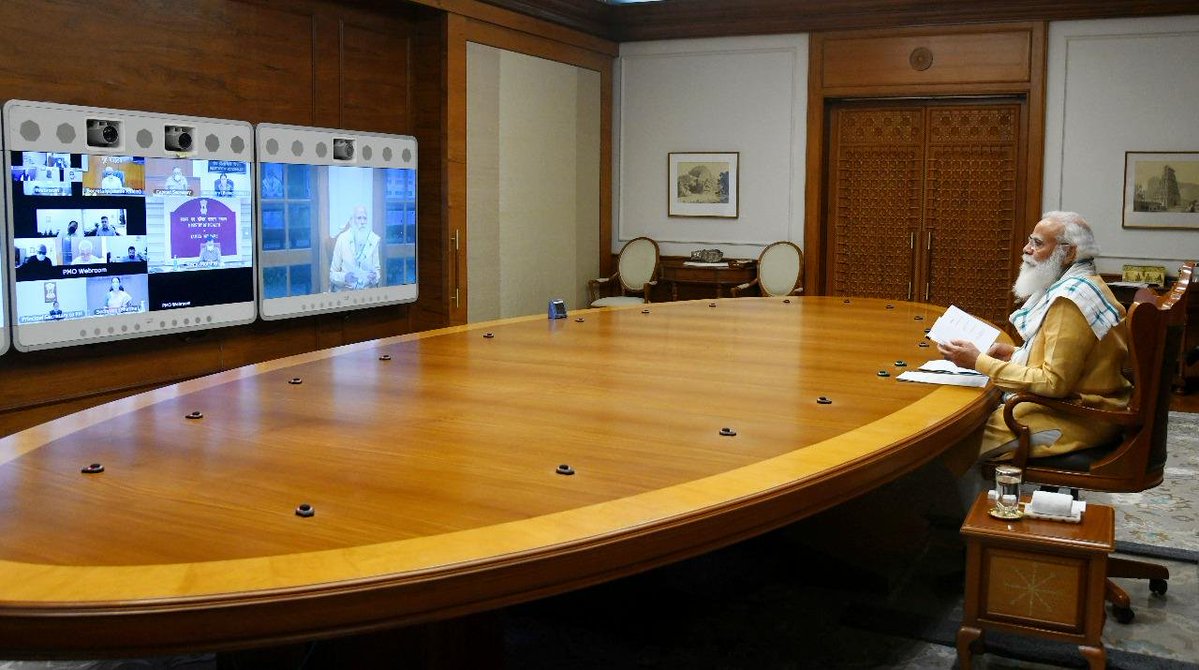 On Friday, Prime Minister Narendra Modi conducted a high-level review meeting with the Chief Ministers of the states and union territories reporting a high number of coronavirus cases. This meeting came after the country is reporting over three lakh cases daily and there is an increase in Covid-19 deaths.

A similar concern was raised by Punjab's Chief Minister Captain Amrinder Singh. He asked PM Modi to ensure the proper vaccination system for the smooth conduct of vaccination drive commencing from May 1, he also said to main parity in rates of vaccines between states and centre.

PM Narendra Modi asked the Chief Ministers present in the meeting to make sure that the oxygen supplies headed towards the states should not be stopped. According to the statement released by the Prime Minister Office, Prime Minister said, "Every state must ensure that the oxygen tankers, heading to any states, must not be stopped or get stranded. Urge state to set up a high-level committee to carry oxygen to the hospitals in different states."

PM Modi in the meeting also mentioned that he may conduct a meeting with authorities from oxygen factories as well to ensure that the demand for oxygen could be fulfiled.

Delhi, Maharastra, Madhya Pradesh, Kerala, Karnataka, Andhra Pradesh are the top states and UT contributing in daily cases. These states account for more than 63% of caseload in daily cases, according to the data of the Health Ministry.

Get the latest update about Bhupesh Baghel, check out more about Amit Shah, provide the vaccine doses at the same rate as the Centre will procure the doses, india news online & indian politics news