PM Modi to give up his social media life to come up with 'Made In India' social networking sites? 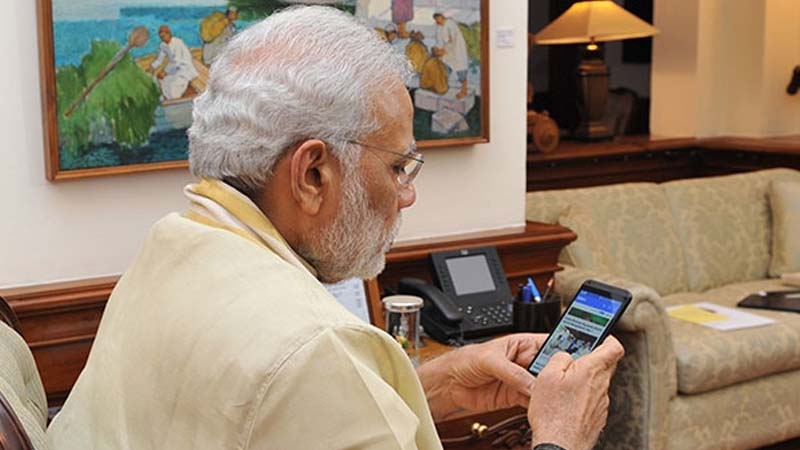 Hours after Prime Minister Narendra Modi put out a cryptic message about his next step regarding his presence on social media, everyone -- be it his follower in a village to tech gurus are trying to work out what is in store. Is there anything 'desi' in store for those in India, who can't keep away from Facebook, Insta and Twitter?

Though launched with much fanfare from the house of Patanjali Ayurved, 'Kimbho' which means 'how are you' or 'what's new' promising features such as chat, multimedia, voice and video calling, video conferencing and collaboration, Kimbho's misadventure only left the global developers' community laughing at us.

In a country where nearly 300 million people are on Facebook, another 400 million on WhatsApp and over 200 million on Chinese app TikTok -- not to forget the millions who are hooked to Instagram, Twitter and Snapchat -- there has not been a single social media platform to date with its roots in India that has created headlines globally.

Look at China. It has Weibo which is an equivalent of the micro-blogging platform Twitter; Renren which is essentially China's Facebook; WeChat that is an avatar of WhatsApp; Baidu is their Google and Youku and Tudou are China's YouTube.

WeChat is the largest social media platform in China, with over one billion monthly active users. Rest of the apps too command user-base running in millions.

China does not need Facebook, WhatsApp or Twitter but in India, one cannot begin his or her day without either of the US-based apps.

Amid all this brouhaha is one app that has its origin in the country: ShareChat.

ShareChat has a user base of over 60 million monthly active users spread across the country and available in 15 languages including Hindi, Malayalam, Gujarati, Marathi, Punjabi, Telugu, Tamil, Bengali, Odia, Kannada, Assamese, Haryanvi, Rajasthani, Bhojpuri and Urdu.

According to Ankush Sachdeva, Co-founder and CEO, ShareChat, Indians need a platform to express themselves in its own language.

"While there have been English social media platforms that exist in the Indian ecosystem, these could hardly manage to scale beyond a certain set of users. Moreover, before ShareChat, there has been no internet platforms created for Indian users and customised as per their preferences," Sachdeva said.

The Bengaluru-based regional language social platform has become so popular that even Twitter came on board when the four-year-old company raised $100 million in its Series D round of funding last year.

"ShareChat is truly an Indian app, created for every Indian who wants to experience the Internet," said Sachdeva.

More than 90 per cent of the next billion Internet users are expected to come from a non-English background, hence platforms like ShareChat are poised for accelerated growth.

According to experts, to run a messaging app like WhatsApp requires top-of-the-line IT infrastructure.

"You also need an outsourced hacking team which keeps finding loopholes in the existing system which was completely missing in 'Kimbho' which was a poorly-scripted app," Mishra said.

Will Modi join or launch a new indigenous social media app on Sunday remains to be seen but the time is ripe to have multiple desi variants of popular social media apps -- with a truly professional approach unlike the 'Kimbho' disaster - to keep users' data back in the country and fight fake news and misinformation with much efficiency.

Get the latest update about PM Modi To Come Up With Made In India Social Networking Sites, check out more about English News, True Scoop News, Pm Modi To Quit Social Media Life & PM Modi