Jallianwala Bagh Smarak is a memorial build to pay tribute to those who were martyred on April 13, 1919, when the British forces under the command of General Dyer shot dead hundreds of protestors at the site protesting the arrest of freedom fighters. 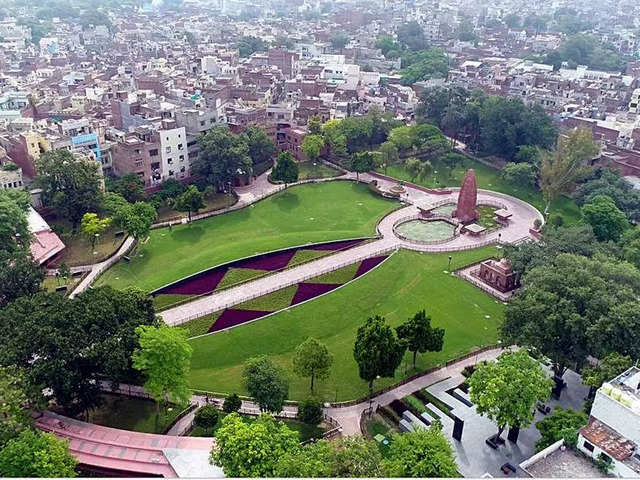 Prime Minister Narendra Modi would inaugurate the renovated Jallianwala Bagh Smarak in Amritsar on Saturday through video conferencing. He would also inaugurate other historic museum galleries at Punjab’s Amritsar, according to the Press release by Prime Minister Office.

According to the official notification, “Four museum galleries have been created through adaptive reuse of redundant and underutilized buildings. The galleries showcase the historical value of events that unfolded in Punjab during that period, with the fusion of audio-visual technology, including projection mapping and 3D representation, as well as art and sculptural installations.”

Jallianwala Bagh Smarak is a memorial build to pay tribute to those who were martyred on April 13, 1919, when the British forces under the command of General Dyer shot dead hundreds of protestors at the site protesting the arrest of freedom fighters.

The information about the inauguration was shared by the official account of the Bhartiya Janta Party (BJP). The tweet read, “A tribute to the bravehearts who lost their lives on April 13, 1919. Prime Minister Shri Narendra Modi will dedicate renovated complex of Jallianwala Bagh Smarak to the nation on Aug 28, 2021.”

Another tweet related to it read, “PM Shri Narendra Modi will also inaugurate four museum galleries built, including art-sculpture installations with mapping and 3D illustration. A sound and light show has been arranged to show the events of April 13, 1919.”

During the inauguration ceremony, Union minister of culture; Union minister of housing and urban affairs, ministers of state for culture, Punjab CM and governor, CMs of Himachal Pradesh, Haryana and Uttarakhand, all Lok Sabha and Rajya Sabha MPs from Punjab, and members of Jallianwala Bagh National Memorial Trust would be present virtually.

Recently, on the eve of 75th Independence Day, Punjab Chief Minister Captain Amarinder Singh inaugurated the Jallianwala Bagh Centenary Memorial Park, in memory of all those known and unknown people martyred in the massacre of 13th April 1919.

The newly inaugurated memorial consists of five white stone pillars rising upwards. The pillars symbolize the spirit of the martyrs rising towards the sky. The different heights of the five pillars correspond to various age groups of martyrs - children, teenagers, youth, middle-aged and the elderly.