Addressing a rally in Kolkata, Modi said that there would be no compromise politics in the state if the BJP comes to power. The party will not entertain illegal immigrants. 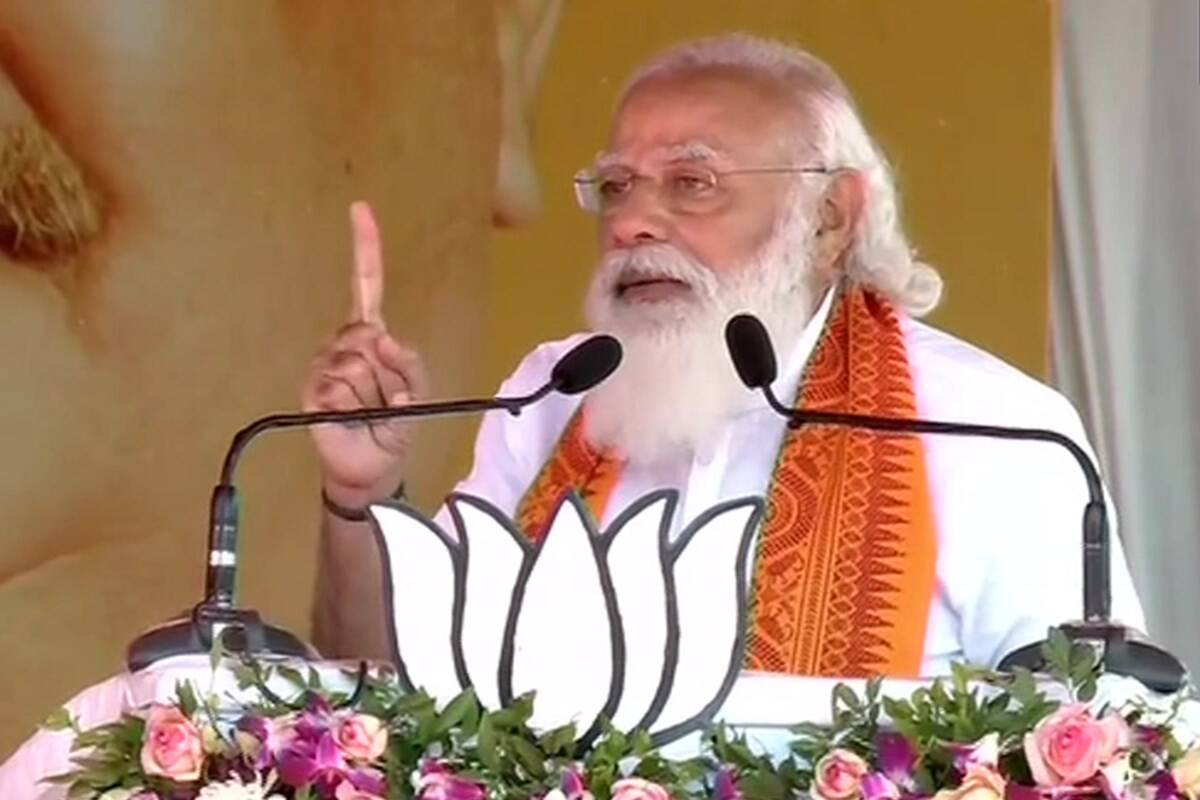 Addressing a huge rally at Kolkata's Brigade Ground on Sunday ahead of state Assembly polls, Modi said he never saw a huge turnout in a political rally ever in life. He said that his visit was targeted to reassure the people of Bengal that the Bharatiya Janata Party (BJP) would work towards a better tomorrow.

"Let me assure you that we will leave no stone unturned to develop Bengal. We want a Bengal full of employment opportunities so that people do not have to go out. Real change means 21st-century infrastructure, more investment, comprehensive growth and more economic power to poor people," he pointed out.

He said that there would be no compromise politics in the state if the BJP comes to power. The party will not entertain illegal immigrants.

"These five years are going to be important for Bengal to prepare the development blueprint for the next 25 years. We all need to work hard in that direction. Bengal needs a double-engine government to capitalise on that growth momentum," Modi said.

He said, besides Kolkata, other cities will also be developed across various districts so that education and medicines are available to people and jobs can be created for the youths. "I promise to win your hearts with development drives. You know what all Bengal had lost. We want to bring that glory back once again," the Prime Minister said, adding that just to topple the existing state government is not the target of BJP.

"We want real change which will bring back its lost glory and development. We must stop the practice of vote bank politics. The TMC-led state government has got exposed to people," he said while shouting "no more corruption, no more cut-money, no more syndicate, no more violence".

The 294-member West Bengal Assembly will go to the polls in eight phases between March 27 and April 29. The counting will take place on May 2.

"People of Bengal voted Mamata Banerjee to power as their elder sister. But why have you restricted yourself being an aunt of your nephew," he said, pointing out that Mamata Didi is not just a daughter of Bengal but is a daughter of India.

Bollywood superstar and son of the soul from West Bengal Mithun Chakraborty on Sunday also joined the BJP's mega show at Kolkata's iconic Brigade Parade Ground. In the presence of Modi.

He also urged people to vote against the incumbent Trinamool Congress government in Bengal.