Milkha Singh was isolated and on oxygen assistance at home after being released from the Mohali hospital on Sunday, before being taken to PGIMER on Thursday afternoon with low oxygen levels. 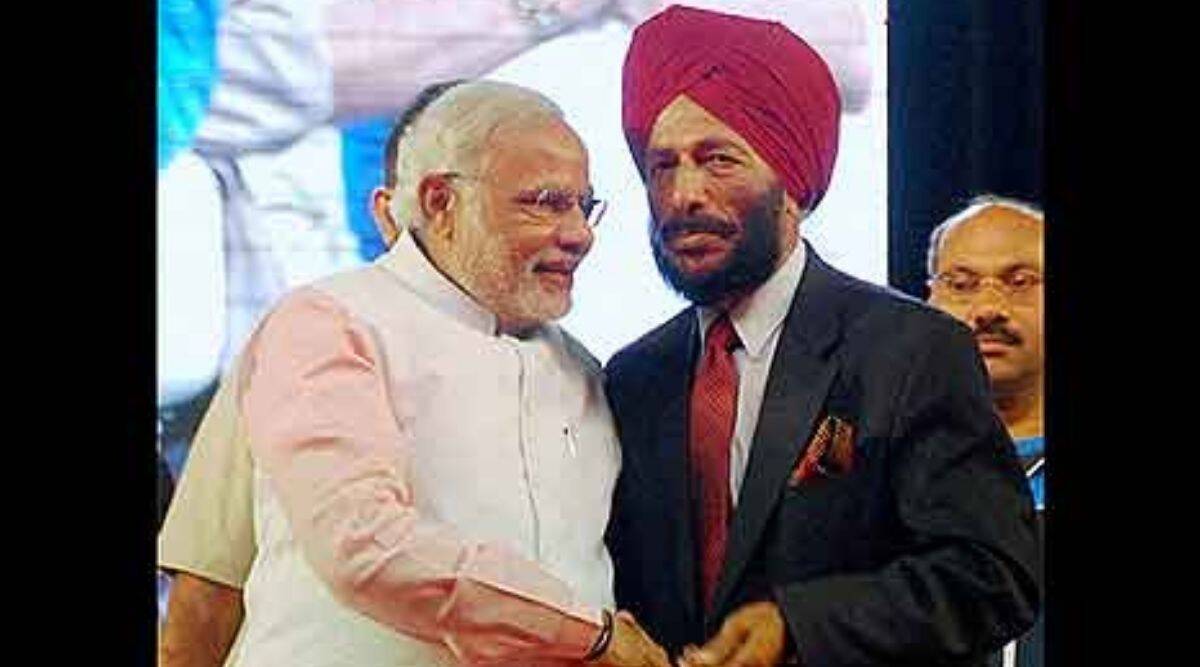 Milkha Singh, the former Commonwealth Games champion and 1960 Rome Olympian, was admitted to Nehru Hospital Extension at Post Graduate Institute of Medical Education and Research (PGIMER) on Thursday, four days after being discharged from a Mohali hospital after contracting Covid-19 last month.

“Yes, my father has been admitted in the PGIMER today,” Singh’s son and 14-time international winner Jeev Milkha Singh confirmed.

Singh, who caught the Covid-19 virus on May 19 after one of their cooks tested positive for the virus at their Sector 8 residence, was brought to a Mohali hospital on May 24 with diarrhoea, dehydration, and a low oxygen saturation level.

Milkha Singh was isolated and on oxygen assistance at home after being released from the Mohali hospital on Sunday, before being taken to PGIMER on Thursday afternoon with low oxygen levels.

“Flying Sikh Milkha Singh has been admitted in ICU in Covid Hospital of PGIMER at 3.35 pm.today due to dipping levels of oxygen.He has been kept under observation and is stable now,” said Prof Ashok Kumar, Official Spokesperson, PGIMER. 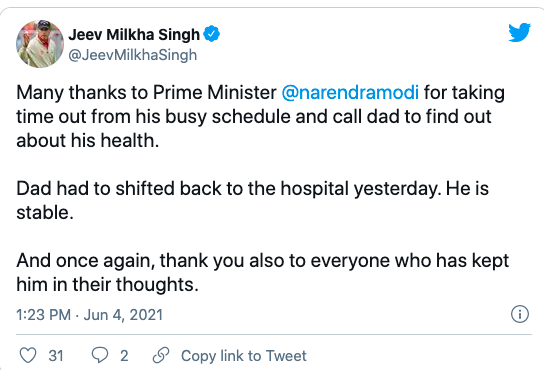 Prime Minister Narendra Modi talked to famed sprinter Milkha Singh on Friday to inquire about his health, as he has been ill.

According to government officials, Modi expressed hope that Singh, who was hospitalised to a Chandigarh hospital on Thursday, will return soon to bless and motivate sportsmen competing in the Tokyo Olympics.