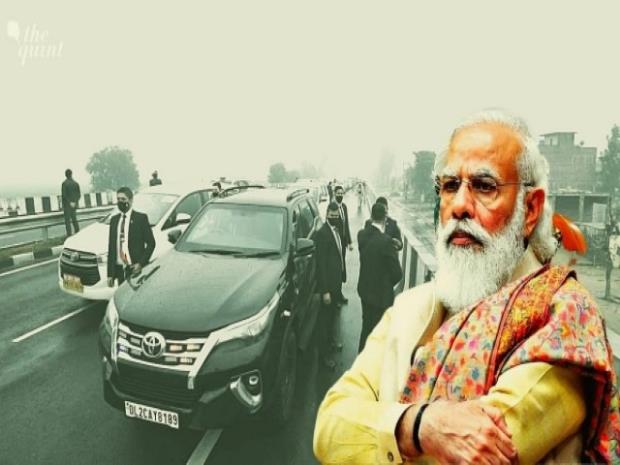 Punjab Chief Minister Charanjit Singh Channi expressed remorse on Thursday for the security breach that occurred on January 5 during Prime Minister Narendra Modi's visit to the state. Today, during a COVID review meeting with Prime Minister Modi, Channi expressed contrition for the event, saying, "jo hua uske liye mujhe khed hai."
The Punjab chief minister made the remarks during a COVID meeting presided over by the prime minister and other chief ministers.
Channi had previously stated that there was no security breach during PM Modi's visit to the state.
After the Union Home Minister took notice of Modi's cavalcade becoming stalled on a flyover and labeled it a "serious security lapse," the Punjab chief minister replied, "There was no security lapse of any type and there was no situation of any attack."
PM Modi's convoy got stranded on a flyover in Ferozepur on January 5 owing to a protester roadblock. The prime minister was unable to attend any event, even a rally, while in the pol-bound state.
On January 12, the Supreme Court appointed a commission to probe PM Modi's security lapse in Punjab, which will be led by retired top court judge Justice Indu Malhotra.
As members of the probe panel, Chief Justice N V Ramana and Justices Surya Kant and Hima Kohli appointed the Director General of the National Investigation Agency (NIA) or his nominee not below the rank of Inspector General of Police, Director General of Police of the Union Territory of Chandigarh, and Additional Director General of Police (Security) of Punjab.
Also Read: “BJP Like A Snake, I am The Mongoose”: Swami Prasad Maurya Lashes out BJP in a tweet
The court outlined five terms of reference for the committee, according to the court "What were the root causes of the security breach that occurred on January 5, 2022? Who is to blame for such a breach, and how serious is it? What are the appropriate remedial actions or safeguards for the Prime Minister's or other protectees' security?"