Political Panchnama of Hathras Gangrape and Murder case and our helplessness!

The fight in Uttar Pradesh is being converted into power-testing 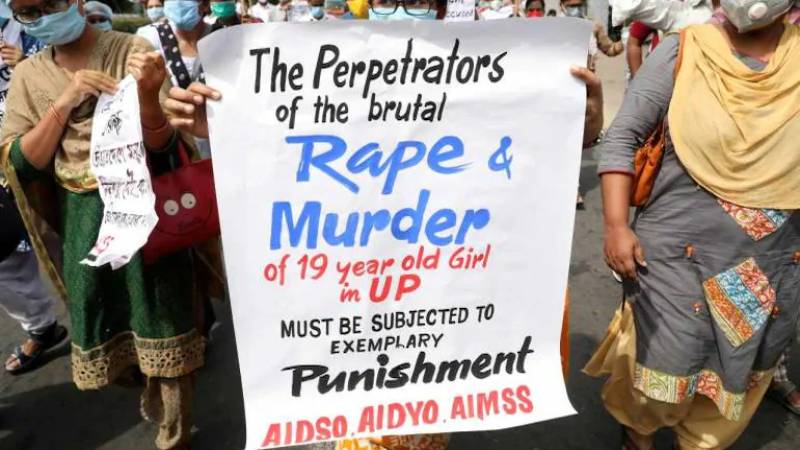 It will not be possible to predict the seriousness of the Hathras incident without analyzing the political needs of the Center's Modi and the state's Yogi government. If all the protection obtained by the victims and the persecuting section in such incidents are seen in reference to the election requirements of the ruling party, the criticism will begin to be interviewed by the futile Hinduist government of the state. Why are the hands of the Center's government tied in taking any kind of action against this?

Assembly elections are to be held in Uttar Pradesh only after sixteen months. The current assembly tenure is going to end on 14 March 2022. Neither the corona outbreak is going to end completely nor the economy of the state is going to be on track till the next election. The Yogi government's aggressive return in Uttar Pradesh for BJP is so necessary that preparations for the Lok Sabha elections will start right after that. In the last Lok Sabha elections, the BJP's nine seats were reduced in the state as compared to 2014 The country knows what the Lok Sabha election is going to be held amidst the challenging circumstances and what is going to be at stake! The only state of its big expectations for BJP is Uttar Pradesh, where there are most (80) seats and at present, there is darkness in the name of opposition. Such conditions do not exist in any other state. Maybe the results of the Bihar assembly will be shocking.

Hence, it has become necessary to strengthen communal and caste polarization to win Uttar Pradesh. Open meetings are being held in support of the accused of the Hathras scandal, meeting them (accused) the elected representatives of the area are reaching jail and on the other hand, the victim's family is living amidst sanctions. How much difference will be made by Rahul-Priyanka's journey, only DMs there can tell. The purpose of all this can be understood that the polarization of disorder between Dalits, backward, minorities and higher caste voters is being promoted under a long-term strategy. In the estimated twenty-four crore population of Uttar Pradesh, about eighty percent of the population is said to be Hindus. If the incident of Hathras is challenged by the Dalits for the existence of the upper society, then the opinion poll can also be done on its miraculous election possibilities.

Another aspect of the Hathras incident is that the Congress, under the leadership of Priyanka and Rahul Gandhi, which was still engaged in building its path between the upper people of the state, was successfully behind the Yogi government to compete with Mayawati and Akhilesh's vote bank. Have been pushed away. Congress has already weakened its grip between Muslim minorities. The fight in Uttar Pradesh is being converted into power-testing between Dalit vs Uvarnas instead of justice for the victim. The resolution to punish the alleged accused will now mean that the government should put its political existence at stake. And then, not every vehicle can be reversed in the politics of power.

Hathras's message from Uttar Pradesh can be considered that the voices raised towards all such incidents will be strictly suppressed. Also, it should be admitted that ′′ those who are being called guilty were actually engaged in preventing crime. Unknown people are responsible for the incident of crime or conspired with foreign financial help to defame the government. ′′ It can be imagined that in the report of All India Institute of Medical Sciences (AIIMS), if any narrow street of suspicion of the murder of (Sushant Singh) would have been left, then how many big political earthquakes would have come in Maharashtra and Bihar politics so far. Ruthless attempts to turn the alleged suicide of a beloved actor into the alleged murder and the death of an innocent Dalit girl after the torture of an innocent Dalit girl as 'Honor Killing' and burning her dead body insensitively in the dark of night, both incidents are current politics Let's naked a very disgusting face in public.

We are only assuming that the government is afraid of the brutal torture and death of a Dalit girl in the village of Hathras district. Nothing really happened like this. Governments don't work in fear like this. Let some more incidents like this happen. We will forget Hathras and be even more afraid: from both criminals and government!