State assembly elections in Punjab and Uttar Pradesh are scheduled to be held in early 2022. 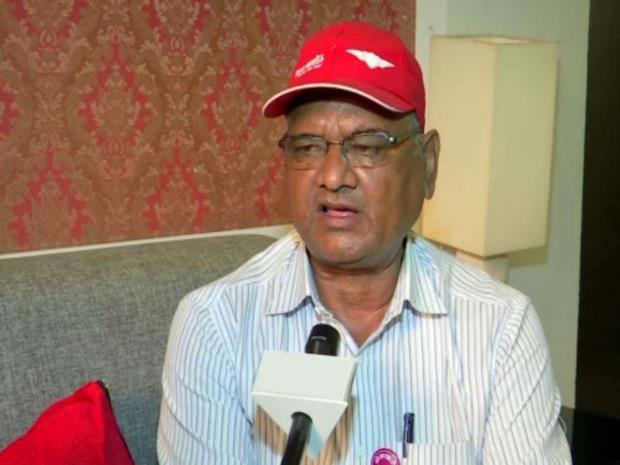 He asserted that PM Modi "chose politics over farmers' betterment."

“This is Prime Minister Narendra Modi's most regressive step, as he chose politics over the betterment of farmers," Mr Ghanwat said.

He further explained that the SC-appointed pannel had submitted several amendments and corrections in the law as a solution to farmers issues.

"Our panel submitted several corrections and solutions relating to the three farm laws, but instead of using them to break the impasse, Mr Modi and the BJP chose to backtrack."

"All they care about is winning elections," he said.

Assembly elections in Punjab and Uttar Pradesh are scheduled to be held in early 2022.

Also Read: “The protest will not be withdrawn immediately,” says Rakesh Tikait

"Modi government's graph is slipping and their image is deteriorating, so this (decision) appears to be an election gimmick. They are working under the pressure of the companies, only to benefit them," said farm leader Rakesh Tikait.

Tikait, a key figure in the ongoing agitation against the three central agricultural laws also said that they will not end the protest so soon. He stressed that the government should talk to farmers over the issue of minimum support price (MSP) of crops and other matters.

"The protest will not be withdrawn immediately, we will wait for the day when the farm laws are repealed in Parliament. Along with MSP, the government should talk to farmers on other issues too," Tikait tweeted in Hindi.

Today, on the auspicious day of Guru Nanak Dev Jayanti, Prime Minister Narendra Modi has made a big announcement. During his nation address, PM Modi said that the central government has decided to ‘repel’ all three farm laws.