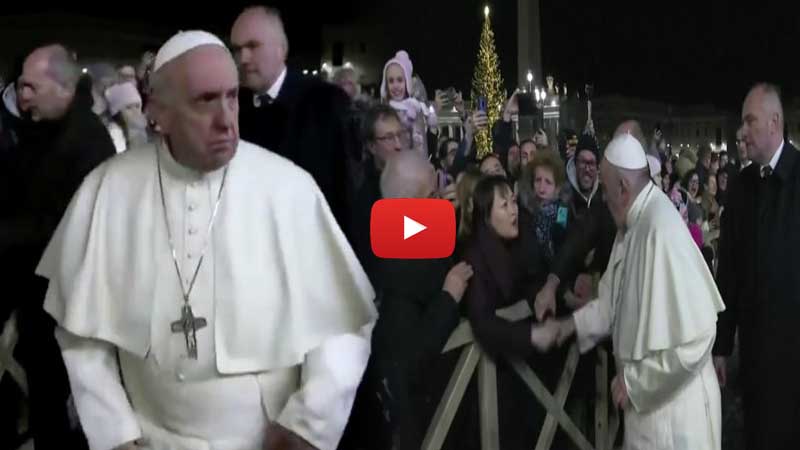 Pope Francis has said sorry for hitting the hand of a well-wisher who grabbed his hand and yanked him towards her.

In his new year's wishes to the public in St. Peter's Square in the Vatican City on Wednesday, Francis confessed to losing his patience with the woman while he was strolling in the square on Tuesday night to admire the Vatican's Nativity scene.

Cameras captured the scene when the woman, from behind a barrier, reached out and grabbed the Pope's hand, pulling him violently toward her. Francis reacted sharply, exclaimed something and then slapped her hand so she would let him go. Frowning in anger, he turned and strode away.

The video was circulated widely across social media and triggered several responses.