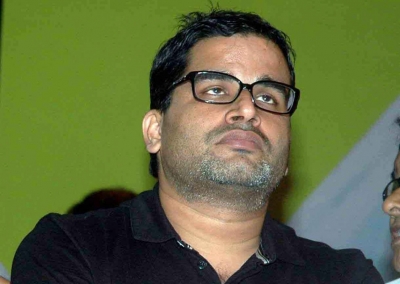 As the Mamata Banerjee-led Trinamool Congress is clearly leading in West Bengal elections with over 200 seats, the predictions of Election Strategist Prashant Kishor are proving true with BJP actually struggling to cross the double digits.

A political controversy erupted in West Bengal during the fourth phase of the elections when BJP's IT cell released an audio tape of Trinamool' election strategist Prashant Kishor where he was heard saying a 'ClubHouse' chat that Prime Minister Narendra Modi is hugely popular in West Bengal and this is one of the factors that will decide which party sweeps the state.

In the public chat on ClubHouse, Mamata Banerjee's election strategist concedes that even in TMC's internal surveys, BJP is winning. The vote is for Modi, polarisation is a reality, the SCs (27 per cent of WB's population), Matuas are all voting for the BJP, Amit Malviya- National in-charge of BJP's Information & Technology department wrote in his tweet. However, seems like the claims of Amit Malviya were manipulative as TMC and Kishor then challenged the BJP IT cell to release the full audio.

Even Prashant Kishor was immediate to react on the BJP IT department claims, and said BJP will not be able to cross the 100 mark in Bengal elections no matter what. He even went on to say that if BJP wins Bengal, he would quit the social media platforms.

Though the clear picture is yet to come as the counting is underway, the margin for now is big as TMC is leading in 200+ seats.

West Bengal Chief Minister Mamata Banerjee although is still trailing behind BJP's Suvendu Adhikari in Nandigram, the trends after the fourth round of counting show that the other Trinamool Congress heavyweights are leading in their respective Assembly constituencies.

Get the latest update about Prashant Kishor the magician, check out more about News, True Scoop News, BJP not able to cross double digits & current news in india