The police reported the priest to be dead and have registered a case after sending the swami's body for postmortem. 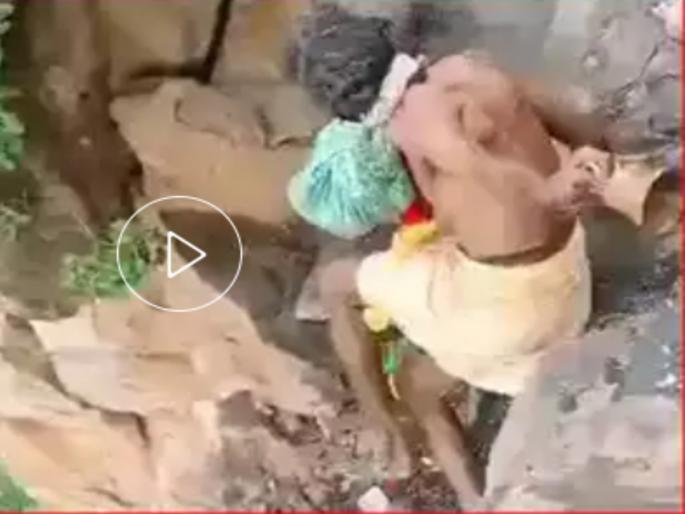 A 49-year-old priest died in Andhra Pradesh's Anantapur district while performing special rituals. The video has sent shocks across social media.
The video footage shot by a devotee has gone viral, where the priest can be seen performing puja on the top of the Gampa Mallayya Swamy hill in Singanamala mandal that comes under Anantapur district in Andhra.
The swami has been identified as Papayya, informed the police.
The priest could be seen holding a bell in one and an aarti plate on the other while performing the puja. He suddenly loses his balance and slips off the cliff into a deep 40 feet gorge.

The police reported the priest to be dead and have registered a case after sending the swami's body for postmortem.

The priest and many devotees reached the Gampa Mallayya Swamy temple in Anantapur on Saturday morning where special puja is offered to the presiding deity there on the auspicious occasion of Sravana month.