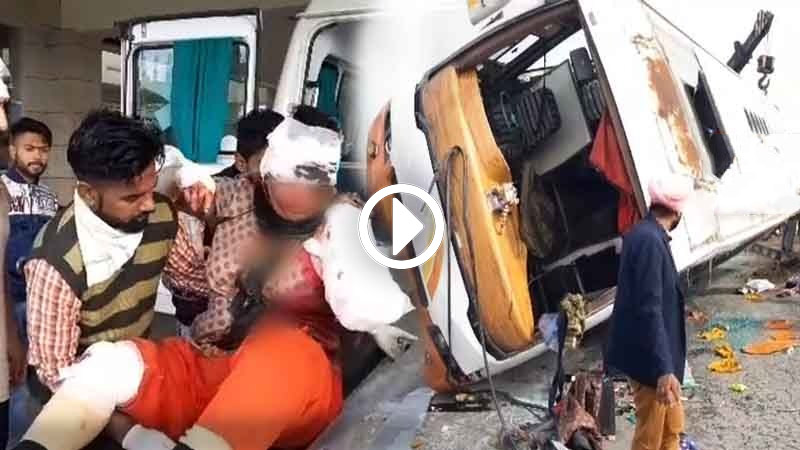 The National Highway nearby Dhariwal was temporarily closed which the driver did not notice. The driver took the bus onto wrong path and it was moving on a high speed which later collided with the divider.

In the accident more than 20 passengers got severely injured, six passengers are in serious condition due to which they have been referred to Amritsar. As per the reports, one passenger has been killed in the accident.

In the accident, a few passengers had to bear the cost of losing their hands and feet and now are reffered to Amritsar.

While talking to the reporters, Deputy Commissioner Gurdaspur said after getting the information about the accident he rushed to the spot. Injured passengers are being taken to the hospital and SDM Gurdaspur has been appointed as an investigating officer to evaluate the accident. Following probe, considerable action will be taken.