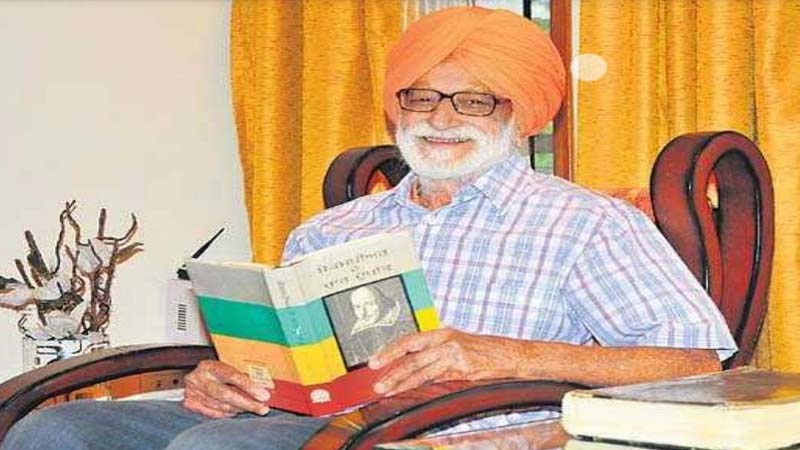 He had once shown his contentment that what all Shakespeare wrote was now available in his mother tongue, Punjabi. Yet he was a little sad despite his untiring efforts as his work was still to reach the masses.

However, Punjabi is among the few languages in which complete works of Shakespeare's in translation are available. No less than 43 titles of the bard have been published by Punjabi University, Patiala.

Hans’ love with Shakespeare began early in 1955, when as a young student of English literature he translated 'Macbeth.'  Later, he moved to the United Kingdom and worked as a postman at Heathrow Airport for eight years before joining Guru Nanak Dev University, Amritsar.

Hans formally begun translating Shakespeare on January 1, 1993, when he retired as head of the department of history at GNDU. He was offered a fellowship by Punjabi University. Hans at that time was paid Rs 8,000 for the translation of each play. In spite of his best efforts he couldn’t go beyond two plays a year. The translation of the last play of the lot—Henry VIII—was completed in 2013.

The project was conceived in the early 1990s when Joginder Singh Pawar was vice chancellor of the university. “We always felt a large chunk of our population didn’t know English. So the idea behind offering fellowship to Hans was to popularise Shakespeare. The university’s publication bureau has done its job; now it should be introduced in the curriculum. In fact, this should have been done long ago,” says Pawar.

Hans achievements was widely acknowledged by the Indian and the British media. In 2013, when the story about his work broke in the Indian media, the British media, including the BBC and the Telegraph, covered it up. His works on Sikh history are also known as he has authored 60 books in total.

After devoting 20 years of his life to the Bard of Avon, Shakespeare,Prof Hans would lament that the task was still half-done as translated work was yet to reach the masses. Four years back when the world celebrated 400 years of Shakespeare, he had said, "Undoubtedly, Shakespeare is the greatest writer who ever walked this earth. I started translating him with the idea that it would help Punjabi readers."