Real vs Reel: Is Aishwarya Rai starrer Ponniyin Selvan 1 a true story based on Chola Dynasty?

The answer to this question is yes. Ponniyin Selvan 1 is a true story based on Kalki Krishnamurthy's 1955 novel Ponniyin Selvan which tells the story of the Chola Dynasty. 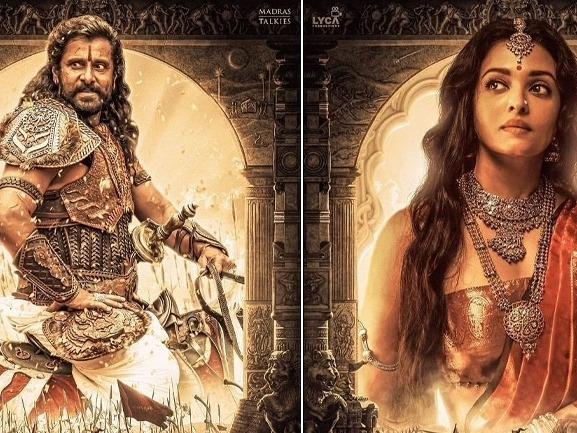 The answer to this question is yes. Ponniyin Selvan 1 is a true story based on Kalki Krishnamurthy's 1955 novel Ponniyin Selvan which tells the story of the Chola Dynasty. While Chiyaan Vikram will be seen portraying the character of Aditya Karikalan anciently known as Aditya Chola II, Jayam Ravi will be playing Arulmozhi Varman also known as Raja Raja the Great in the history books. Apart from these two, Aishwarya Rai, Prakash Raj, Karthi, and Trisha Krishnan will also be seen as historical characters who were of great importance. For the unversed, the Chola Dynasty was a Tamil thalassocracy empire of southern India and one of the longest-ruling dynasties in world history. It is pertinent to mention here that PS-1 is the third collaboration of Aishwarya Rai with Maniratnam after the 2007 Guru and 2010 epic Ravanan.

Now, rolling back the clock, Rajaraja I was also known as Ponniyin Selvan was the youngest son of Sundara Chola. He was raised in Pazhayarai by Periya Piratti and Ilaya Piratti. He was taught well by his sister and she sent him to Sri Lanka at the age of 19 for battle. As per reports, Rajaraja I was called Ponniyin Selvan or 'Son of Kaveri' as he was saved by her mother Kaveri from drowning when he was just 5 years old. At the age of 19, he was sent to Sri Lanka in a battle and gain popularity among soldiers and people in the Island nation due to his religious tolerance and equality.

Coming to Kalki Krishnamurthy's 1955 novel, the novelist was first serialised in the weekly editions of Kalki from 29 October 1950 to 16 May 1954, and released in book form of five parts in 1955. As per reports, her novel tells the story of early days of Arulmozhivarman who later became the great Chola emperor Rajaraja Chola I. Notably, Kalki visited Sri Lanka three times to gather information about the great Chola empire.

Currently, the star cast of PS-1 is busy in the promotion of the movie, however, South Superstar Chiyaan Vikram's answer on India's culture has been going viral on social media. During one of the promotions, Vikram spoke about the Chola dynasty, the temples built by Raja Raja Cholan 1, Indian culture, and a lot more. He ended his answer by saying, "It’s nothing to do with South India, North India, West India, or East India; we are Indians we need to be proud about that (history)."