Punjab University has released the 2021-22 academic calendar of 195 colleges affiliated with the campus. 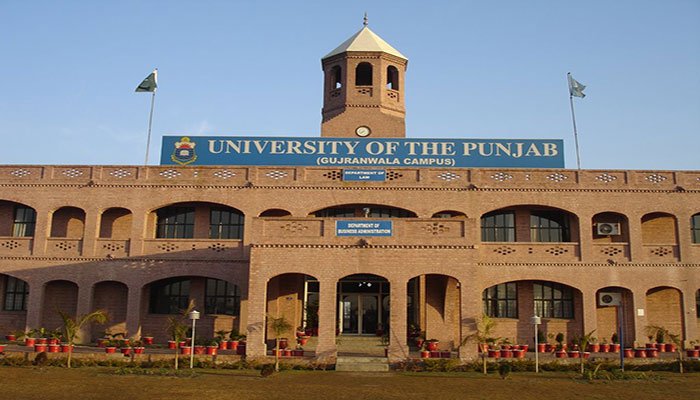 Chandigarh: Punjab University has changed the dates of several entrance tests scheduled for August. According to a PU spokesperson, the August 8 test for admission to the LLB (three-year) course will now be conducted on August 14.

PU has changed the date of the CET (UG) entrance test from August 14 to September 5. PU management has set August 14 as the new date for the MBA (Executive) entrance test on August 8. Students can apply for admission in the interview and personality development course at PU's IAS Study Center till July 30. Meanwhile, Punjab University has released the 2021-22 academic calendar of 195 colleges affiliated to the campus.

A committee constituted by the PU on the academic schedule has forwarded it to the Vice-Chancellor of the PU for final approval with some amendments in the old schedule. Under the new schedule, online classes in PU colleges will start on August 11. The semester break will be from 1st to 8th August as per PU's academic schedule. Undergraduate first-year classes begin September 1. On the other hand, post-graduate classes will start on September 13. In view of the academic calendar released by UGC for universities across the country last week, PU has prepared a new academic calendar. Offline Classes in City Colleges from August 11 Preparations have been started to start offline classes in all the private and government colleges in the city from August 11. On Monday, the pack held an important meeting with all the private and government college principals of the city under the chairmanship of Education Secretary SS Gill to start offline education in the colleges.

Colleges have been given the green signal to start from August. The UT administration will soon issue a notification in this regard. The meeting also permitted open hostels in colleges. But hostel students will be required to take a dose of Covid. An RTPCR report is required 72 hours before the hostel allotment. On the other hand, PECK is also planning to start offline flight classes from August 16.

Undergraduate first-year academic calendar semester break will be from August 1 to 8. The admission process will start from August 10 to 31. First-year classes will start on September 1. General admission for new classes from 1st to 10th September. Admission with the permission of the Chairperson (one thousand late fees - September 11 to 25). Admission with the permission of the Vice-Chancellor (three thousand late fees)- Post Graduate first-year academic calendar in colleges from September 27 to October 30 with semester break from August 1 to 8.

The admission process will start from August 9 to 11 while First-year classes will begin on September 13. General admission for new classes from 13 to 17 September, admission (Late Fee) with Chairperson's Permission from 18th to 27th September. Admission with the permission of Vice-Chancellor (Late Fees) - Academic Calendar running from 28th September to 30th October in PU affiliated colleges (from 2nd year) with semester break from August 2 to 8.

The admission process will start from 9th and 10th August and First-year classes will begin on August 11th while general admission for new classes from 11 to 23 August. Admission with Chairperson (Late Fee) - 24th August to 2nd September and admission (Late Fee) with the permission of the Vice-Chancellor from 3rd to 30th September