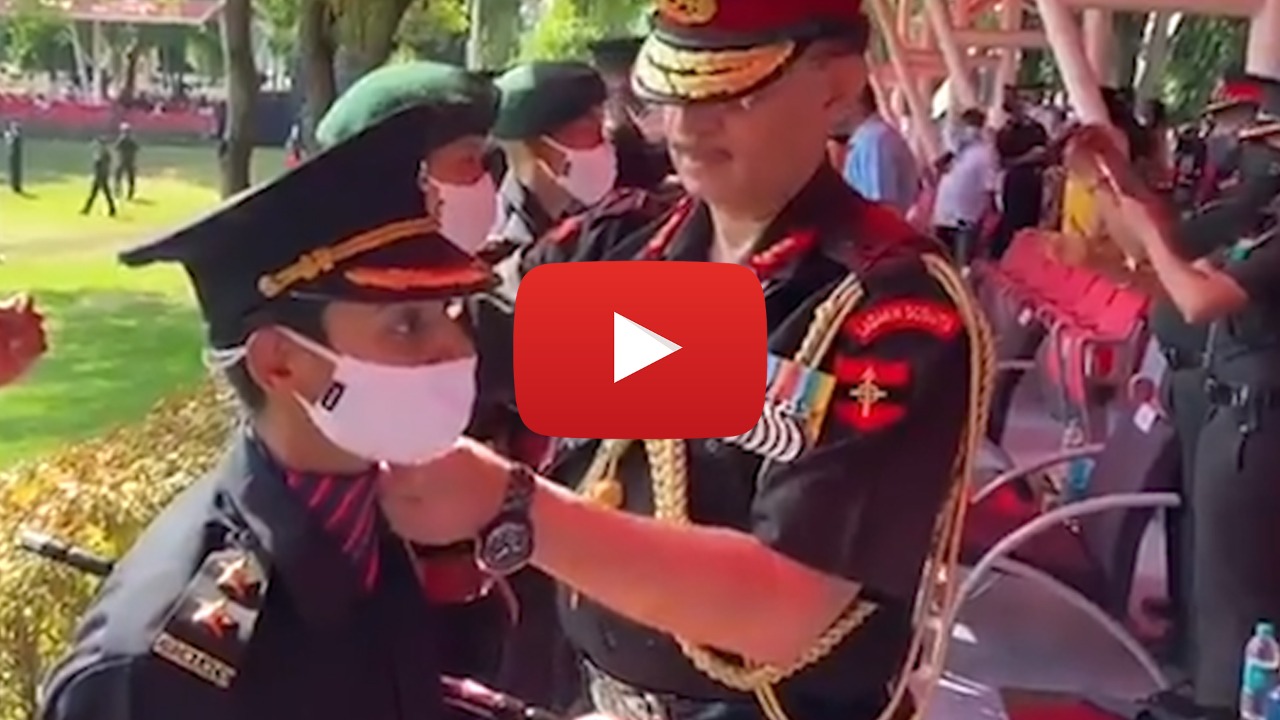 Major Vibhuti Shankar Dhoundiyal made a supreme sacrifice at Pulwama in 2019 and he was awarded SC(P). Now, on Saturday, his wife Nikita Kaul has joined the Indian Army to serve the nation and paid befitting tribute to his martyr husband.

A proud moment for her as Lt Gen Y K Joshi, himself pips the stars on her shoulders!”

Major Dhoudiyal and Nikita Kaul were married just nine months before his sad demise. But his loss does not go in vain as his wife made a strong decision of joining the Indian Army and made her husband proud.

Just after six months of the Pulwama attack, Nikita filled the Short Service Commission (SSC) form and cleared the exam as well as the Services Selection Board (SSB) interview.

She was then commissioned at the Officer Training Academy (OTA) at Chennai and on May 29 she officially joined India Army as Lieutenant Nikita Kaul Dhoundiyal.

"I've experienced same journey he has been through. I believe he's always going to be part of my life", she said.

Including Nikita, 300 more cadets were also appointed to serve the nation in the Indian Army.

Pulwama attack took place on February 18, 2019. Our soldiers martyred in an encounter, where terrorists attacked the CRPF convoy in Pulwama, Jammu and Kashmir.