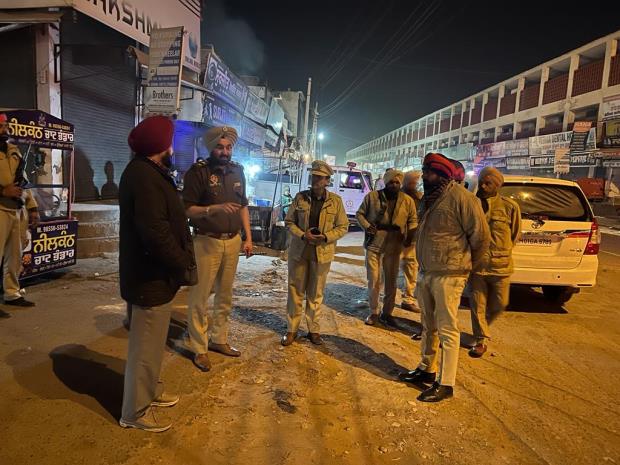 In view of the current security scenario, nearly 135 Gazetted Officers (GOs) of different ranks of Punjab Police have been deputed for night domination operations to prevent any kind of terrorist or criminal activity across the state.

Director General of Police (DGP) Punjab Iqbal Preet Singh Sahota said that complying with the orders of Deputy Chief Minister Sukhjinder Singh Randhawa, we have intensified the night patrolling across the state. Notably, Deputy CM Randhawa, while chairing a crime review meeting in Amritsar on Tuesday, had directed the police force to increase night patrolling across the state to ensure that law and order is maintained.

The Deputy Chief Minister on the intervening night of Wednesday and Thursday has himself made surprise calls to the GOs deputed for night patrolling, to ensure that they are on their job.

The development came at a moment when Punjab has been witnessing huge inflow of hand grenades and tiffin bombs along with other weapons. Recently, the state has also seen a couple of grenade blasts including at CIA Nawanshahr and Cantonment area in Pathankot besides the recovery of an unexploded hand grenade from Zira area.

The DGP said that every police district has been divided into sectors and one Gazetted Officer of DSP or SP rank has been deputed for each sector, who will ensure night patrolling in the mooring under their jurisdiction.

He said that apart from the routine Naka checkings or vehicle checkings, the deputed GOs have also been directed to keep vigil at vulnerable spots like Railway Stations, Bus Stands, Religious Places, RSS Shakhas and other vital spots.

Meanwhile, CPs/SSPs have also been directed to give special attention to drones and suspicious persons moving in the vulnerable areas. The DGP also ordered CPs/SSPs to utilise all the PCR/RRPS Vehicles and Bullet Proof Morchas to cover vulnerable places besides activating all the control rooms.