With discussions on Punjab Assembly Trust Vote all set to take place on September 29, let's understand why Mann went against the Punjab Governor in tabling the confidence motion Author : Ujjwal Samrat 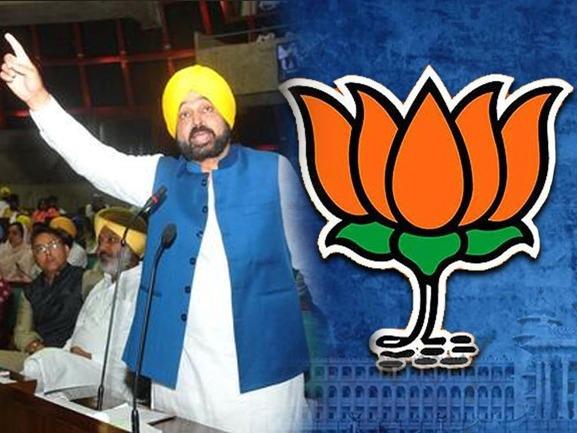 Amidst massive uproar by the opposition parties, Punjab CM Bhagwant Mann on Tuesday tabled the 'confidence motion' in the special Vidhan Sabha Session. Punjab Special Assembly Session or let's say special Vidhan Sabha Session was called by Chief Minister Bhagwant Mann after a major tiff with the state's Governor Banwarilal Purohit. At first Punjab CM had called a special session to prove his party's majority on the floor which was later scrapped by Governor Banwarilal Purohit citing 'no legal provision'. The Cancellation of the Punjab Assembly Special Session fumed Punjab CM leading bitten exchanges between both Mann and Purohit. Punjab Governor on September 25 approved a second special assembly session to discuss GST and Stubble Burning, however, Chief Minister Bhagwant Mann presented the trust vote despite it was not on Assembly's agenda.

Punjab Assembly Trust Vote sparked a massive uproar as the opposition protested against it saying that it was not on the agenda. In fact, the BJP and Congress walked out of the assembly. However, CM Mann tabled the 'confidence motion' in order to showcase the 'unity of AAP MLAs' amidst the alleged ongoing 'Operation Lotus' in Punjab. Now, discussions on Punjab Assembly Trust Vote are all set to take place on September 29, let's understand why Mann went against the Punjab Governor in tabling the confidence motion and what Banwarilal Purohit can do next over this.

The 6-month-old government of the Bhagwant Mann-led Punjab government has 92 MLAs and none of them broke ties with the Aam Aadmi Party, therefore, bringing the confidence motion was indeed not necessary. However, in the past few weeks, the Punjab Government has stated to have unearthed 'Operation Lotus' in which the BJP tried to poach multiple sitting MLAs of AAP in order to topple the Bhagwant Mann government. Multiple MLAs' names popped out including Sheetal Angural and Harmeet Pathanmajra surfaced who were allegedly offered money by the saffron party to break away from the party and break other MLAs from the party as well. The same thing happened in Maharashtra where Eknath Shinde led a faction group against the Uddhav Thackeray-led MVA government ultimately seeing the BJP coming to power. Therefore, during his address to the Assembly, CM Mann stated that presenting the confidence motion was essential in order to show the 'unity of AAP MLAs'.

2) Can Governor Banwarilal Purohit take action against the Confidence Motion?

Operation Lotus: Punjab CM Mann goes all gun blazing against BJP in special session; 'Asking MLAs rates but AAP is not on sale'

The answer is a big yes. Under Article 175 (2) and Rule 26 of the Constitution, the Governor has the power to send his message expressing his displeasure to the Speaker amidst ongoing Vidhan Sabha if he feels something wrong is going on in the session. If the Governor does so, the Speaker is bound to read the message in front of the Assembly. However, the Assembly also enjoys certain power which can strong-arm the Governor's message. If the house does not want to pay heed or accept the Governor's direction, the house has to pass an ordinance over it and send it to him.

3) What is Operation Lotus? Is it going on in Punjab?

In recent years, 'Operation Kamal or Lotus' has been repeatedly used by political parties after the BJP allegedly orchestrated successful campaigns, including poaching, to replace an elected Opposition-ruled government midway with their own leaders, like in the case of Karnataka, Uttarakhand, Madhya Pradesh, and Maharashtra. Aam Aadmi Party (AAP) leader and finance minister Harpal Singh Cheema, accompanied by several party MLAs recently met Director General of Police (DGP) Gaurav Yadav and complained against the Bharatiya Janata Party (BJP) for allegedly offering money to their legislators in Punjab. As a result, an FIR was registered under Section 8 of the Prevention of Corruption Act and sections 171-B and 120-B of the Indian Penal Code (IPC) at the state crime police station in Mohali. Although no names of any BJP leaders have been revealed, Finance Minister Cheema assured that the names of 'poachers' will be revealed after the investigation by the Punjab Police.

4) How 'Confidence Motion' will help the AAP in Punjab?

If the confidence motion will be passed in the special Vidhan Sabha, the Bhagwant Mann-led Punjab government will not have to prove any majority or lets say face any floor test for the next 6 months.