Gautam Gambhir took to his Twitter handle and congratulated the Aam Aadmi Party for the landslide victory in Punjab. 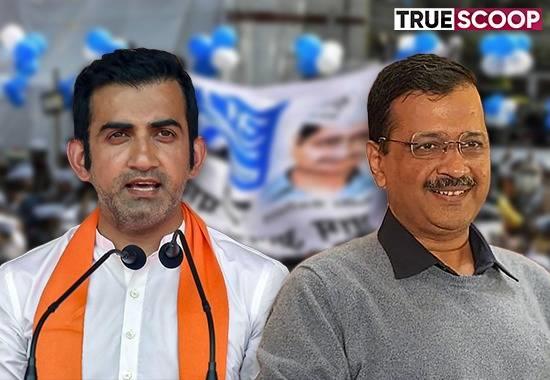 Arvind Kejriwal-led Aam Aadmi Party (AAP) on Thursday registered an emphatic win in the recently concluded Punjab elections 2022. Arvind Kejriwal's Aam Aadmi Party (AAP) registered a landslide victory by winning 92 seats out of 117 in Punjab. With this victory, AAP has set its foot in another state after New Delhi (Union Territory). The victory of AAP suggested that the people of Punjab preferred Kejriwal's Punjab model rather than casting their vote to fragile Congress. Now, BJP MP and former cricketer Gautam Gambhir congratulated the Aam Aadmi Party, however, cautioned Arvind Kejriwal over the Khalistan situation in Punjab.
Gautam Gambhir took to his Twitter handle and congratulated the Aam Aadmi Party for the landslide victory in Punjab. Furthermore, Gambhir made his first demand and also cautioned Kejriwal over the Khalistan problem in the border state. Gambhir asked Kejriwal to eradicate the Khalistani elements otherwise Punjab has the possibility to become another Kashmir.
"Congratulations to AAP on winning Punjab. Now @ArvindKejriwal must reign in Khalistani elements otherwise Punjab can become Kashmir! (SIC)" wrote Gautam Gambhir.

Arvind Kejriwal and Kahlistan row
Also Read: AAP's Bhagwant Mann: 'I will take oath in Bhagat Singh's village Khatkar kalan, not at the Raj Bhawan'
It is pertinent to mention here that former AAP leader Kumar Vishwas had accused Arvind Kejriwal of being a supporter of Khalistan. Kumar Vishwas who was also a founding member of Aam Aadmi Party had stated that Arvind Kejriwal had told him that wants to become the Prime Minister of independent Khalistan. The serious allegations against Kejriwal came under the scanner of the Ministry of Home Affairs. However, later Kejriwal called Kumar Vishwas's allegation trash.
"Allegations have been leveled against me that I am going to divide India into two pieces for the next ten years." I want to be the Prime Minister of a piece as a result of that. Is this something you can be certain of? It is trash, according to Kejriwal. He claimed that a Congress government had been in power for ten years and a BJP government had been in power for seven years and that these governments had been asleep while a major terrorist plot was being planned. Narendra Modi, the Prime Minister of India, was sound asleep. Why hasn't anything been done about it?," Kejriwal had said in his defense.