“We are not true Sikhs if we can't solve people's problems”: Navjot Sidhu 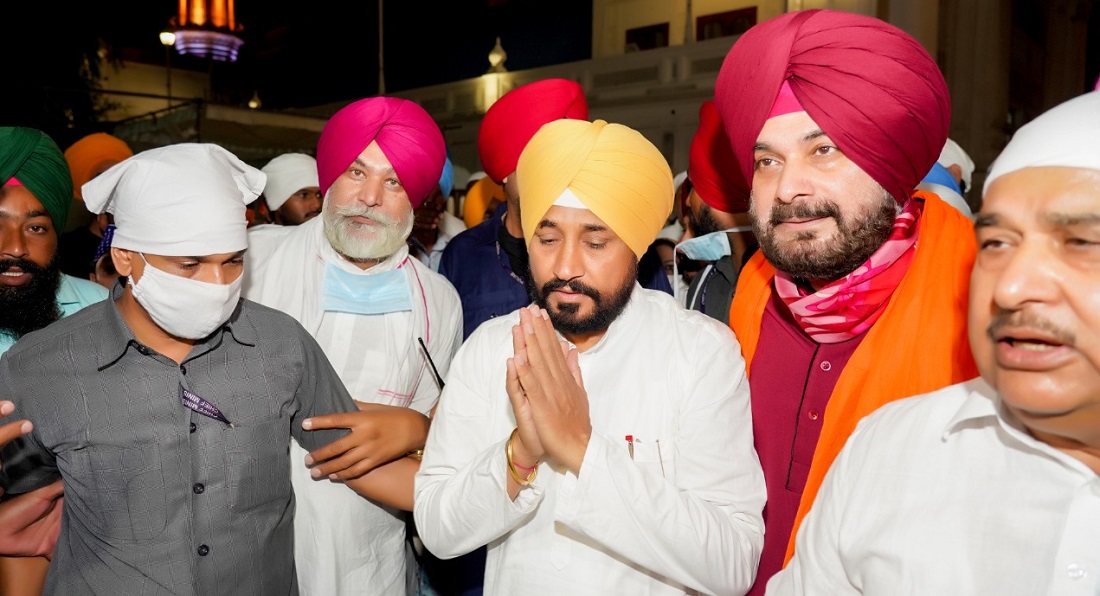 The new Punjab Chief Minister Charanjit Singh Channi along with his deputies Sukhjinder Singh Randhawa and OP Soni paid obeisance at Golden Temple in Amritsar on Wednesday morning. Punjab PCC chief Navjot Singh Sidhu was also present at the occasion.
Congress leaders took part in the morning ritual of departure of Sri Guru Granth Sahib from the Akal Takht to the Sanctum Sanctorum of the Golden Temple where Saroop is enshrined and prayed for the well-being of Punjab. 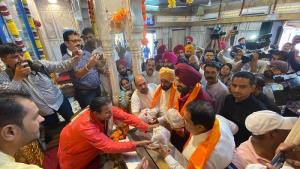 Then CM Channi along with Sidhu gave shoulder to the Palki saheb where the holy Saroop was placed at Sri Durgiana Mandir, Amritsar. There, CM was presented with a “Siropa”.
Where CM Channi said, "Every religion should be respected, Sidhu remarked, “We are not true Sikhs if we can't solve people's problems”, adding that Congressmen will fight for truth and justice.

At the golden temple, Channi also pledged to ensure justice in the sacrilege cases of 2015.

Also Read: Don't use the word Dalit to identify someone: Punjab SC panel

“I assure you that justice will be served in the sacrilege cases,” Channi said, referring to a series of desecration incidents of Guru Granth Sahib ‘birs' following the incident in Faridkot district in June 2015 and subsequent protests that resulted in the deaths of two followers in police firing at Behbal Kalan in October 2015 during the SAD-BJP regime.
The CM's then proceeded to Jallianwala Bagh to pay their respects to the martyrs.
The Chief Minister interacted with the residents at the tea stall in an attempt to project the image of an "aam aadmi".
On September 20, Charanjit Singh Channi was sworn in as Punjab CM. The three-time MLA from Rupnagar's Chamkaur Sahib, Channi became Punjab’s first Dalit Sikh CM. Former Punjab Chief Minister Capt Amarinder Singh resigned from his post on September 18 after facing a long revolt by Navjot Sidhu and his allies.