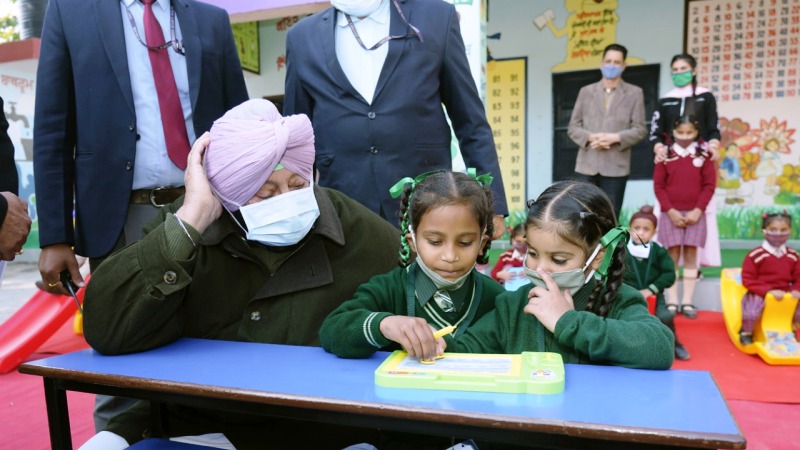 Chandigarh, January 22: Chief Minister Captain Amarinder Singh on Friday directed the Punjab Infrastructure Development Board (PIDB) to expedite all developmental works in the state at a meeting of its Board, which gave ex-post-facto approval to Rs 27.16 cores worth of urban environment improvement projects, along with development, upgradation and maintenance of various historic sites, including the Patiala Qila Mubarak.

The Chief Minister is likely to virtually launch, next week, the Rs. 8.58 crore project for upgradation, operation and maintenance of Ran Baas, Qila Mubarak Patiala, as Heritage Hotel on PPP mode, which is likely to be completed within 18 months. He will also launch the PPP project for operational and maintenance of Baba Banda Singh Bahadur Memorial, Chhappar Chiri, at an estimated cost of Rs 2.54 crore with a concession period of 15 years.

The Chief Minister was informed during the meeting that the construction of the Patiala Bus Stand had commenced and would be completed by November this year at a cost of Rs 60 crore.

While discussing the renovation of the Amritsar Circuit House, at an estimated cost of Rs 3.94 crore, the Chief Minister, also asked Chief Secretary Vini Mahajan to work on a proposal to appoint a Protocol Officer to manage the large number of dignitaries visiting the holy city. He asked the CS to present the proposal before the next meeting of the Council of Ministers.

Besides giving post-facto approval to the Cabinet’s decision to impose Special ID @ 25 paisa on Petrol, Diesel and Immoveable Property, the Board meeting also formally approved Rs 27.16 crore worth of projects under Urban Environment Improvement Programme Phase 1 and 2, as well as Raising of Term Loans from Banks for funding UEIP Phase-2 projects. These projects were earlier cleared by the Chief Minister, in his capacity as the Board chairman.

The 36th meeting of the PIDB Board, held virtually amid Covid today, also gave ex post facto approval to a Rs 125 crore project for establishing an Exhibition Centre in Ludhiana in PPP mode. To be developed at an estimated Rs 125 crore, with a concession period of 99 years, the project is expected to be launched by March, an official spokesperson said after the meeting.

The meeting also discussed the status of other PPP projects in the pipeline, including Track and Trace mechanism for manufacturing, transport, distribution and consumption of liquor;