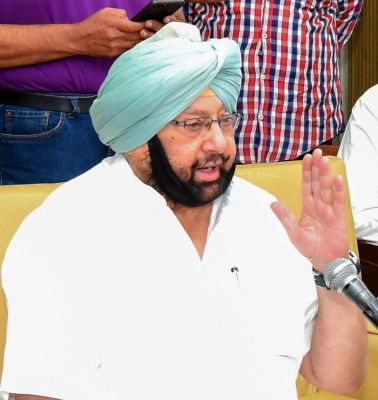 In recognition of the exemplary valour shown by five martyrs of Galwan valley hailing from Punjab, Chief Minister Captain Amarinder Singh on Friday sanctioned Rs.25 lakh each for the development of their native villages.

Reviewing the various welfare measures for ex-servicemen, the Chief Minister said it was a humble effort on the part of the state government to undertake the development of the villages of Galwan martyrs.

Apart from the total Rs.1.25 crore sanctioned for the development of these 5 villages, the Chief Minister also approved Rs.18 crore for the Punjab State War Heroes Memorial and Museum at Amritsar.

Further, in order to provide boarding and lodging facilities to ex-servicemen, war widows and their family members, the Chief Minister also sanctioned Rs. 4 crore for the construction of Sainik Rest Houses at Mansa and Shaheed Bhagat Singh Nagar.

The Chief Minister also approved Rs.39.50 lakh for the construction of the Victory Tower and renovation of War Memorial at Asafwala in Fazilka district. Pertinently, this memorial was constructed to commemorate the gallantry deeds of the soldiers, who laid down their lives during 1971 Indo-Pak war in Fazilka sector.