He slammed Ms Badal over deliberate lies, says it was the SAD-BJP alliance that forced farmers to go to Delhi. 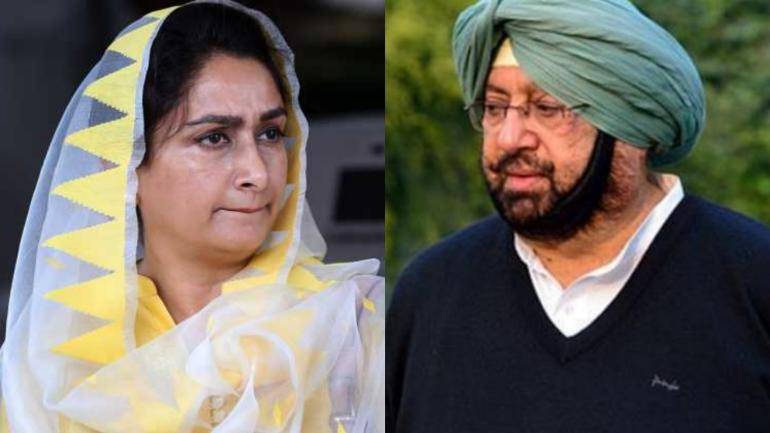 Chandigarh, September 15: Punjab Chief Minister Captain Amarinder Singh on Wednesday said no Akali leader, especially former Union Minister Harsimrat Kaur Badal, had the moral right to speak on the crisis triggered by the Farm Laws, which they could easily have averted when they were part of the central government and party to each of its anti-people decisions.

In a hard-hitting response to Harsimrat’s irresponsible claims and baseless allegations against him with reference to his statement on the impact of the prolonged farmers’ stir in Punjab on the state’s economy, the Chief Minister slammed the Akali leader over her politically motivated remarks which were nothing but a cover-up of her and her party’s failure to prevent the crisis that was of their own deliberate making.

Ridiculing the former union minister’s remarks that he (Captain Amarinder) was speaking the language of the Bharatiya Janata Party (BJP) leadership and the Prime Minister, the Chief Minister said that left to the ruling party at the Centre and in neighbouring Haryana, the farmers would not have even reached the Delhi borders to make their voice heard. “I never asked the farmers to go to Delhi. They were forced to leave their homes and sit at the border of the national capital, facing the elements and even losing their lives, as a result of your coalition government’s acts of commission and omission,” he said, asking Harsimrat to stop lying about her brazen complicity in the imposition of the Farm Laws on the farmers, not just of Punjab but the entire country.

Dubbing as atrocious Harsimrat’s suggestion that the farmers should protest in Punjab while their fight was against the BJP-led government at the Centre, the Chief Minister quipped “it’s like asking someone to go to the western front to fight an enemy that is standing at the eastern border.”

It was evident that the Akalis were trying to divert the farmers’ attention from the Centre to the state, with an eye on the Assembly polls, unmindful of the harm this would cause to the state and to the farmers themselves, he added.

Taking a dig at Harsimrat’s claim of being “surprised and pained” at his remarks, the Chief Minister said either the Shiromani Akali Dal (SAD) leader was deliberately lying or was totally dumb and apathetic to the plight of the state and its people. “It’s a joke coming from the leader of a party that misruled Punjab for 10 years and brought the state to the brink of complete ruination,” he quipped, asking Harsimrat where her pain had disappeared for those 10 years when the SAD-BJP government was inflicting one injury after another on the people with their corrupt acts. The Akali leaders never did understand or can understand the suffering of Punjab’s people, including its farmers, he added.

Trashing Harsimrat’s allegation that he had failed to fulfil his responsibilities to the people, the Chief Minister pointed out that already, many had lost their jobs and many more were likely to be rendered jobless as a result of the continued stir. Even members of the PHD Chamber of Commerce and Industry and FICCI had warned that the continued stir would have a long-term  “deleterious impact” on Punjab’s scene of industry and commerce, he pointed out. “Are you saying that as chief minister, I have no responsibility to all these people,” he asked Harsimrat.

As for not taking the farmers’ fight to the Centre, the Chief Minister advised Harsimrat to ask her media team to search out the press reports of his personal visits, meetings, letters and phone calls to the Prime Minister, the Union Home Minister and other central government ministers on the issue over the past one year.

“And while you are at it, why don’t you also check how many of my government’s representatives have reached out to the farmers personally on multiple occasions,” he said, adding that he himself had held several meetings on the issue but had chosen to respect the farmers’ wish for non-interference by any political party or leader. “But you and your party would not understand their sentiments and wishes, of course, as such things are beyond your selfish comprehension,” he remarked.