It would be interesting to see the outcome of this meeting in which Sidhu would be officially announced Party President or some new formula to the likes of Capt Amrinder Singh would be chalked out. 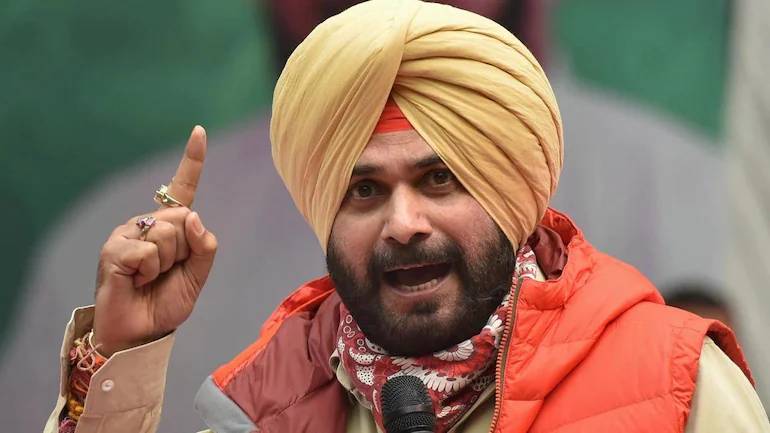 In a dramatic chain of events, Navjot Sidhu, who was quoted as new Punjab Congress President by Party General Secretary and Punjab in-charge Harish Rawat at Delhi on Thursday but later denied to have said that, has been summoned to Delhi where he is likely to meet party interim President Sonia Gandhi in the presence of Harish Rawat in the noon.

Sources in the party claimed that crisis in the Punjab Congress intensified further after Rawat quoted Sidhu as new Party President during a talk with a media channel on Thursday. In a sharp reaction to the development Caption Amarinder Singh allegedly raised objection over Sidhu elevation as PPCC President, following which Sonia Gandhi called Rawat for a meeting last night.

After meeting Sonia Gandhi, Harish Rawat denied his statement quoting Sidhu as new President of PPCC. This was followed by a series of meetings by Sidhu group and Capt loyalists group till late night. Later CM media advisor Raveen Thukral rebutted the rumours of Captain’s resignation.

Meanwhile, Navjot Sidhu has been summoned to Delhi by the Party Interim President Sonia Gandhi and he is likely to meet her along with Harish Rawat in the afternoon.

It would be interesting to see the outcome of this meeting in which Sidhu would be officially announced Party President or some new formula to the likes of Capt Amrinder Singh would be chalked out.

A source in Punjab Congress claims that Captain has been regularly having meetings with his loyalists even on Friday morning. The Source further claims that in case Party High Command go ahead with Sidhu as Punjab President, Captain may resign from the party and can float his own party to contest next elections. Sources further adds that BJP, which has almost eroded its base in the state due to Farm Laws opposition by the farmers, may offer its support to Captain and a formula could reportedly be made to win back the farmer’s support by repealing the Farm Laws on the request of Captain.

If Captain’s letter written to the PM on Thursday, is any indication, in which Captain wrote that the state government will extend all possible cooperation to resolve farmers issue, carries a lot of weight. Captain further wrote that he would like to talk to an all-party delegation to find a solution to this issue. Some political parties are making statements that are not conducive to the law and order situation in the border state.

The elements across the border can try to play with the sentiments of the farmers. He further wrote, "I believe that the Government of India should move towards a solution to the demands of the farmers."

The atmosphere in the state is deteriorating with daily clashes, protests etc. People are getting upset too. The issue is not being resolved due to the failure of several rounds of talks between the Centre and the farmers. The captain has also raised some other issues.

He said that paddy season was in full swing and farmers should be given a bonus of Rs. 100 per quintal on MSP to solve the problem of burning straw every year. In a possible third wave of covid, the adverse effects of straw could have a detrimental effect on people's health. He also raised the issue of high cost of DAP fertilizer.