Although the minutes of the meeting are yet not out, sources informed that the MPs who met at Pratap Singh Bajwa's residence are opposed to the appointment of Sidhu as state Congress chief. 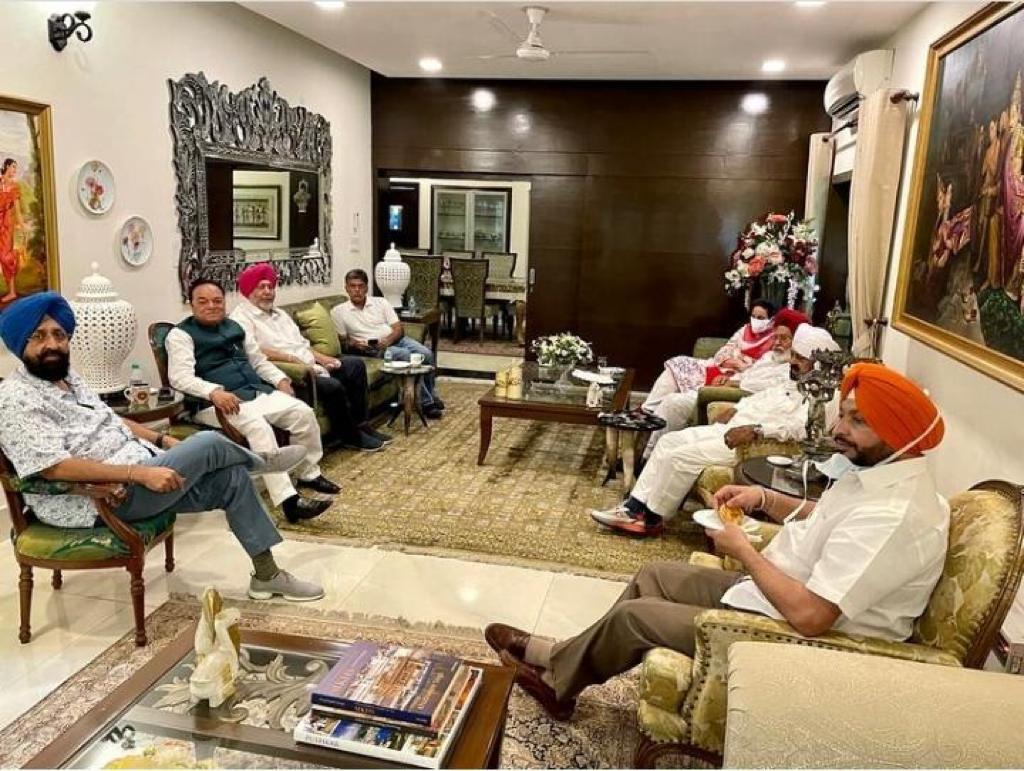 Amid the tussle between Captain Amarinder Singh and Navjot Sidhu over the appointment of Sidhu as Punjab Congress President, all Rajya Sabha and Lok Sabha MPs of Congress party assembled at the residence of MP Partap Bajwa in Delhi on Saturday.

Though the minutes of the meeting is still a mystery but is learnt that Rajya Sabha MP, Shamsher Singh Dullo reportedly kept himself isolated on the issue related to Sidhu’s coronation as Punjab Congress President.

Later, Dullo claim that that the meeting was to discuss strategy over raising their voices on farmer’s issue during the coming Lok Sabha monsoon session. Meanwhile, MP Partap Singh Bajwa, who had a dinner meeting with the Punjab Chief Minister, last night, reiterates that whatever would be the decision of the Party High Command on the Punjab crisis would be abiding by all.

"I also suggest that during the next rejig in the Punjab cabinet, Congress leaders with the tainted names must be dropped from the cabinet to convey a message to the public that Party has zero-tolerance for corruption," he said adding that this will help the party to put on an impressive show during the coming elections in the state.

Meanwhile, after the meeting was over, the Punjab Congress MPs said they will move adjournment notions in Parliament on farmers’ issues.

However, sources informed that MPs have discussed about Sidhu’s role and most of the party leaders are disappointed over the way Sidhu’s appointment issue has been handled by the party high command.

Furthermore, they have also sought a meeting with the Congress Interim President on Sunday to discuss possible fallout in the state Congress in case Sidhu’s name cleared to Head Punjab Congress.

It is learnt that Sonia Gandhi, Interim President of Congress has reportedly given her consent to have a video conference with Punjab MPs on Monday, in which she will listen to their concerns besides their suggestions would also be taken to find an amicable solution to the political crisis in Punjab Congress.