Meanwhile, an announcement regarding Sidhu’s elevation as PPCC Chief could be made anytime, sources said. 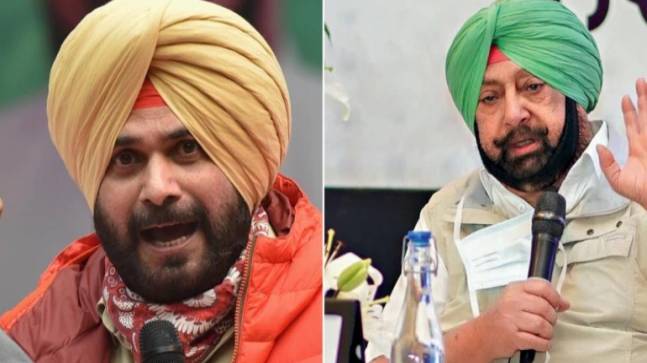 In the latest development to Punjab Congress Crisis, 10 MLA’s of the party has backed Captain Amarinder Singh and are opposing the elevation of Navjot Singh Sidhu as the state unit chief.

In a fresh bid to challenge the appointment of Navjot Sidhu as state Congress chief, state MPs from both houses of parliament are meeting today at Pratap Bajwa’s residence in Delhi. The meeting at the time of writing is reportedly underway and almost all Punjab MPs have gathered at Bajwa’s house to discuss party’s internal matter along with farmers’ issue.

Describing Sidhu as ‘BJP's reject’ the Congress loyalists in the party are upset with high command's decision to make him state chief and had opposed the same in the letter addressed to Sonia Gandhi.

·        They claimed it was Captain Amarinder “due to whose unrelenting efforts the party stands well entrenched in the state of Punjab.”

·        The appointment of the PPCC chief is the prerogative of the high command.

·        MLAs backed Capt Amrinder Singh and said it was only because of him that the party regained power in Punjab after 1984 attack and genocide.

·        CM Amarinder Singh commands respect across the state, particularly among farmers, for whom he even risked his position as CM when passing the 2004 Termination of Waters Agreement Act.

·        “Mr. Singh stood as a tall leader amongst the Sikhs because of his principled stand during testing times."

·        MLAs recalled the time when Capt Amarinder had put in his resignation as a Member of Parliament from Patiala after 1984 attack on Darbar Sahib.

·        Likewise, he resigned as Agriculture Minister from the Barnala cabinet in 1986 after operation Black Thunder.

·        In the released statement, the MLAs explained that pulling the party into a different direction by appointing Sidhu as Chief that too just six months ahead of state elections will only do harm.

·        MLAs stood by Amarinder Singh’s demand of public apology by Sidhu. They stated that Sidhu has numerous tweets against CM and has made derogatory remarks publically for which Sidhu should tender a public apology.

·        CM has expressed his concerns over making Sidhu the state unit chief as the Cricketer-turner politician has condemned and criticized his own party, damaging the image of Congress in past months.

Meanwhile, an announcement regarding Sidhu’s elevation as PPCC Chief could be made anytime, sources said.

Besides, Navjot Sidhu on Saturday held meetings with Sunil Jakhar and other Punjab ministers, which is seen by the political circles as Sidhu's effort to take everybody along in the party after he is eventually appointed as the state unit chief.