CM Channi has been busy in his son’s wedding however did not miss to manifest a strong image by backing Sidhu and earlier visiting families of slain farmers with high profile Congress leaders, Rahul and Priyanka Gandhi. 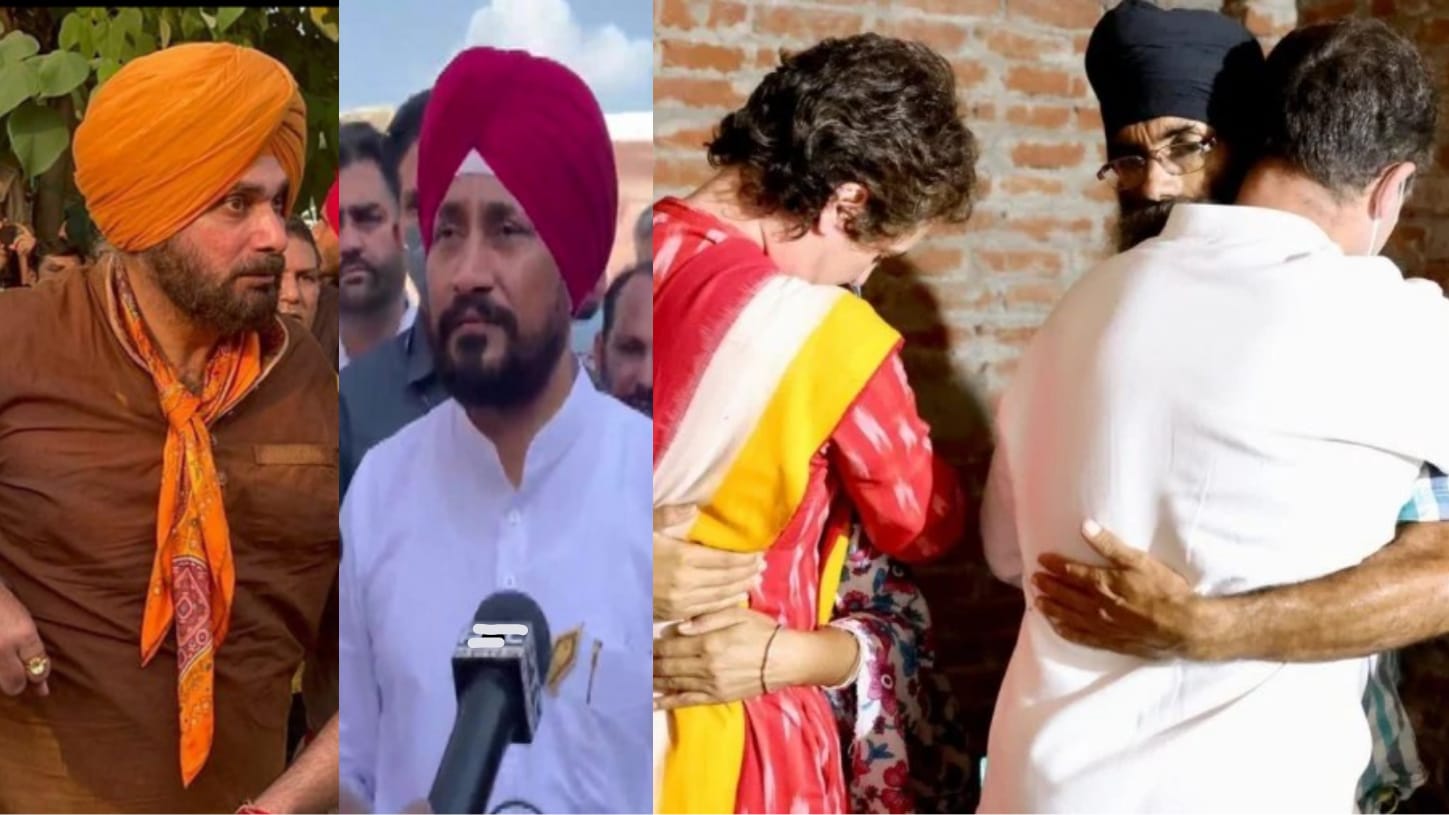 The Lakhimpur Kheri violence has triggered a political row in state, just months ahead of Uttar Pradesh assembly elections in 2022. Punjab Congress, meanwhile, gave break to infighting and is putting a united show against the incident, demanding “justice, not compensation.”

CM Channi has been busy in his son’s wedding however did not miss to manifest a strong image by backing Sidhu and earlier visiting families of slain farmers with high profile Congress leaders, Rahul and Priyanka Gandhi.

After travelling a distance with the crowd of Congress workers, the Punjab CM returned and said “Sarfaroshi ki tamanna ab hamare dil mein hai, dekhna ki zor kitna baazu-e-qatil mein hai.” (The passion for revolution is in our hearts, we shall see how much strength lies in the arms of the enemy.)

Notably, Sidhu is unhappy with Punjab CM and party high command over the appointment of certain tainted officials in the state cabinet. He has also tendered his resignation from the top post, which is yet to be accepted by party leadership.

Meanwhile, the cricketer turned politician demanding arrest of accused Ashish Misra, son of Union minister of state Ajay Misra Teni is detained in Shahjahanpur border. Reportedly, the Sidhu-led march was stopped at the Shahjahanpur on the UP-Haryana border.

Tensions were high in the area when a brawl broke out between police and a crowd of hundreds of supporters who had assembled in support of Sidhu after the march was called off.

UP police, on the other hand, has made its first arrest in the case. Two people identified as Luvkush Rana and Ashish Pandey are arrested. They are said to be close aides of Ajay Misra’s son. Police are carrying out more raids, claimed officials.

Police have sent a summon to Ashish Mishra, son of MoS Home Ajay Mishra in connection with the Lakhimpur Kheri violence case.

The significant developments came just hours after the Supreme Court ordered the Uttar Pradesh government to submit a report on how many arrests have been made in connection with the case within a day.

"In the status report also tell us about the eight persons who have been killed. Farmers, journalists etc. It is an unfortunate incident. Tell us whom you registered FIR against. How many have you arrested," the top court ordered. "The grievance is that you are not registering a proper FIR and a proper investigation not taking place," said Chief Justice NV Ramana.