He has been held illegally in the police station for about two hours now. 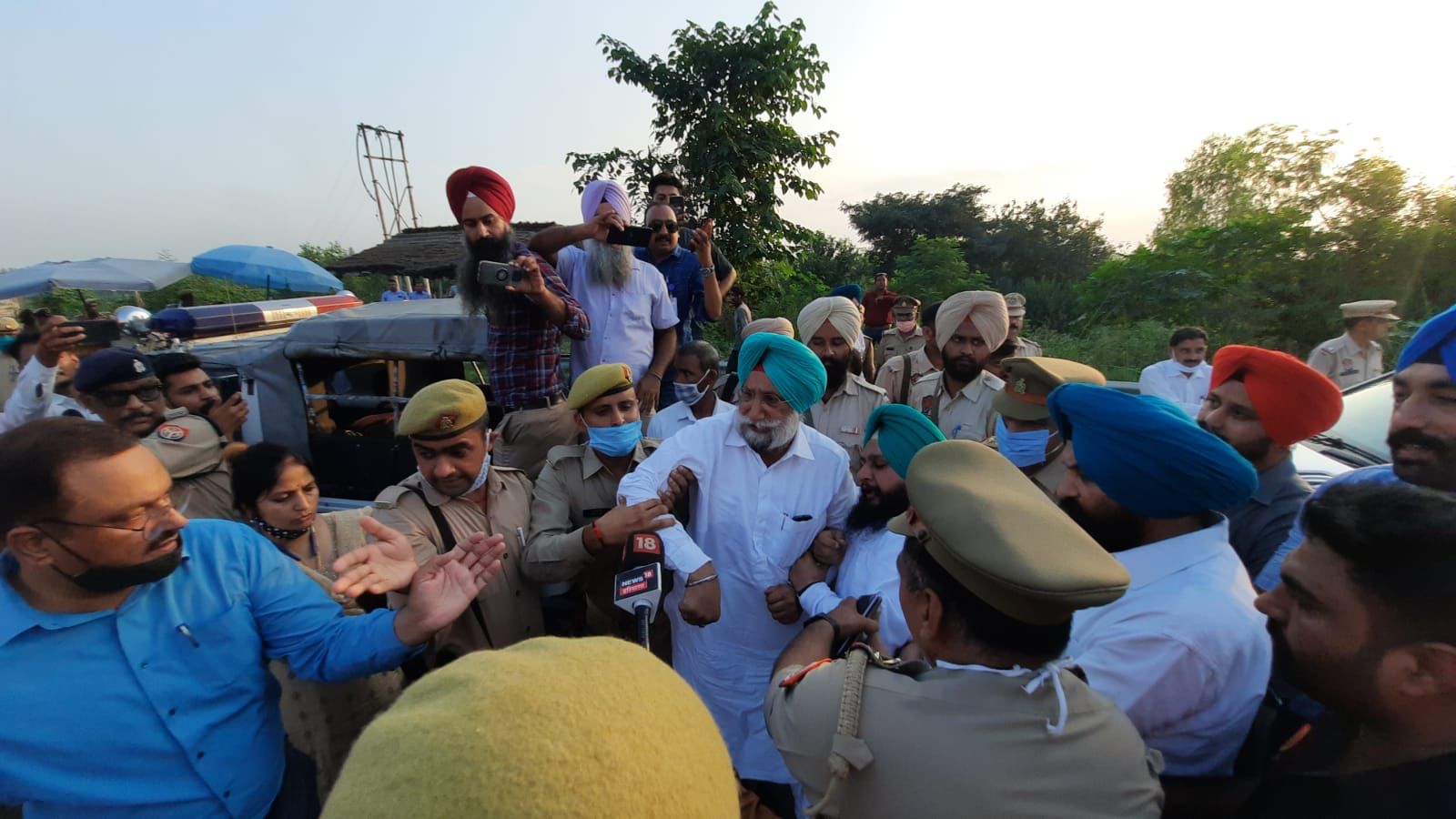 He has been held illegally in the police station for about two hours now.
Randhawa who was accompanied by PCC Working President and MLA Kuljit Nagra and other MLAs, Parminder Singh Pinky, Barinder Singh Pahra, Kuldeep Vaid, Kulbir Singh Zira and Angad Singh left for Lakhimpur by road on Monday morning after UP govt denied permission for landing chopper at Lucknow Airport.

Also Read: Priyanka Gandhi remains under detention in Sitapur, UP

Earlier today, Former PPCC Chief Navjot Sidhu and some legislators of his party were detained by Chandigarh police after they held a protest outside the Punjab governor's residence in Chandigarh.

Congress leaders raised slogans against the BJP, they also condemned the detention of AICC general secretary Priyanka Gandhi Vadra in UP.