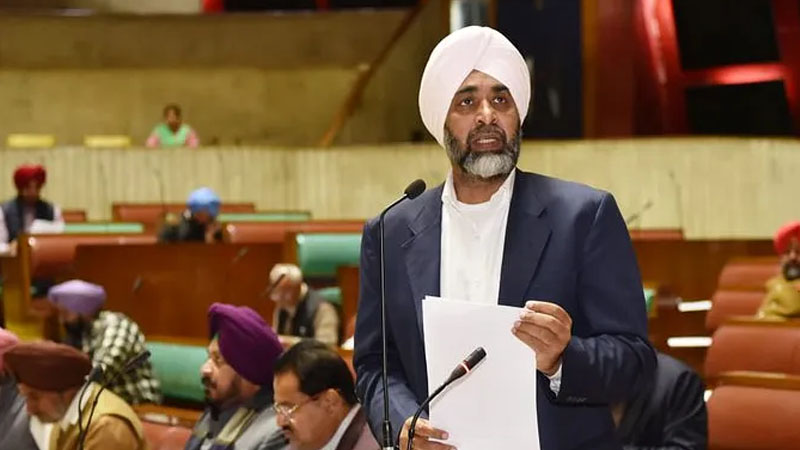 Chandigarh: With an eye on the assembly elections in 2022, Punjab Finance Minister Manpreet Badal on Friday presented a populist but deficit Rs 1.54 lakh-crore budget for 2020-21.

He announced reducing the retirement age of government employees, a continuation of free power of Rs 8,275 crore for farmers, free education up to Class XII, Rs 2,000 crore for farm loan waiver, Rs 520 crore for waiving loans of farmworkers and promoting maize cultivation to reduce paddy plantation.

Pleasing unemployed youths, a major electoral promise made by his Congress government in 2017 assembly polls, Manpreet, ahead of presenting the budgetary proposals, informed the Assembly that the retirement age of government employees has been reduced to 58 from 60 years.

He announced six per cent dearness allowance for the employees that would be released on March 1.

The Sixth Pay Commission report will be implemented and has been accounted for in the budget, he said.

Manpreet, in his speech with a focus on agriculture and education that lasted nearly one-and-a-half hours, said a rural development fund fee and market committee fee would be reduced to just one per cent from four per cent.

Landless and farm labourers will get Rs 520 crore for debt relief in 2020-21, while Rs 2,000 crore allocated for crop loan waiver. A sum of Rs 100 crore is allocated for supporting sugarcane farmers.

This was the fourth budget of the Amarinder Singh-led government in the state.

To conserve groundwater through crop diversification, the Budget gave a greater thrust on promoting maize cultivation with an outlay of Rs 200 crore.

Officials told the area under paddy has been reduced by 2.50 lakh hectares. The wheat output has increased by 7.30 lakh tonnes in the last three years. Basmati rice and cotton output increased by 2.10 lakh tonnes and 4.81 lakh bales, respectively.

Education, one of the top priorities of the Chief Minister, would be free of cost up to Class 12 in all government schools and proposes to build 4,150 classrooms by spending Rs 100 crore.

Earlier, education till Class VIII was free but only for girl students.

Expressing gratitude to the Chief Minister for framing the budgetary allocations, Manpreet said the allocation for the agriculture sector is Rs 12,526 crore, for the education is Rs 13,092 crore and for health, it is Rs 4,675 crore.

There is a budgetary provision to set up an old-age home in each district of the district.

To attract investments, three industrial parks, each spread over 1,000 acres, would be set up at Mattewara near Ludhiana, Bathinda and Rajpura. One more park for pharma companies will be set up at Wazirabad in Fatehgarh Sahib district.

While Rs 131 crore will be spent on upgrading all industrial focal points, Rs 2,267 crore would be kept aside for providing power subsidy to the industry.

No change of land use will be charged from investors outside the municipal limits for the next two years.

He announced the setting up of the Armed Forces Preparatory Institute in Hoshiarpur with a budget outlay of Rs 11 crore.

He proposed the installation of 10 KW solar plants in 259 government senior secondary smart schools in the first phase.

Two new agricultural colleges will be set up in Gurdaspur and Balachaur with an initial allocation of Rs 14 crore.

On the fiscal roadmap, Manpreet said: "We are all aware of the economic slowdown in the country. However, given the composition of the state's economy, our advanced estimates indicate that during 2019-20 the GSDP of the state has increased from Rs 5,21,861 crore in 2018-19 to Rs 5,74,760 crore at current prices."