UPSC will return a panel of three officials and state must choose one of these three officers for the top role. 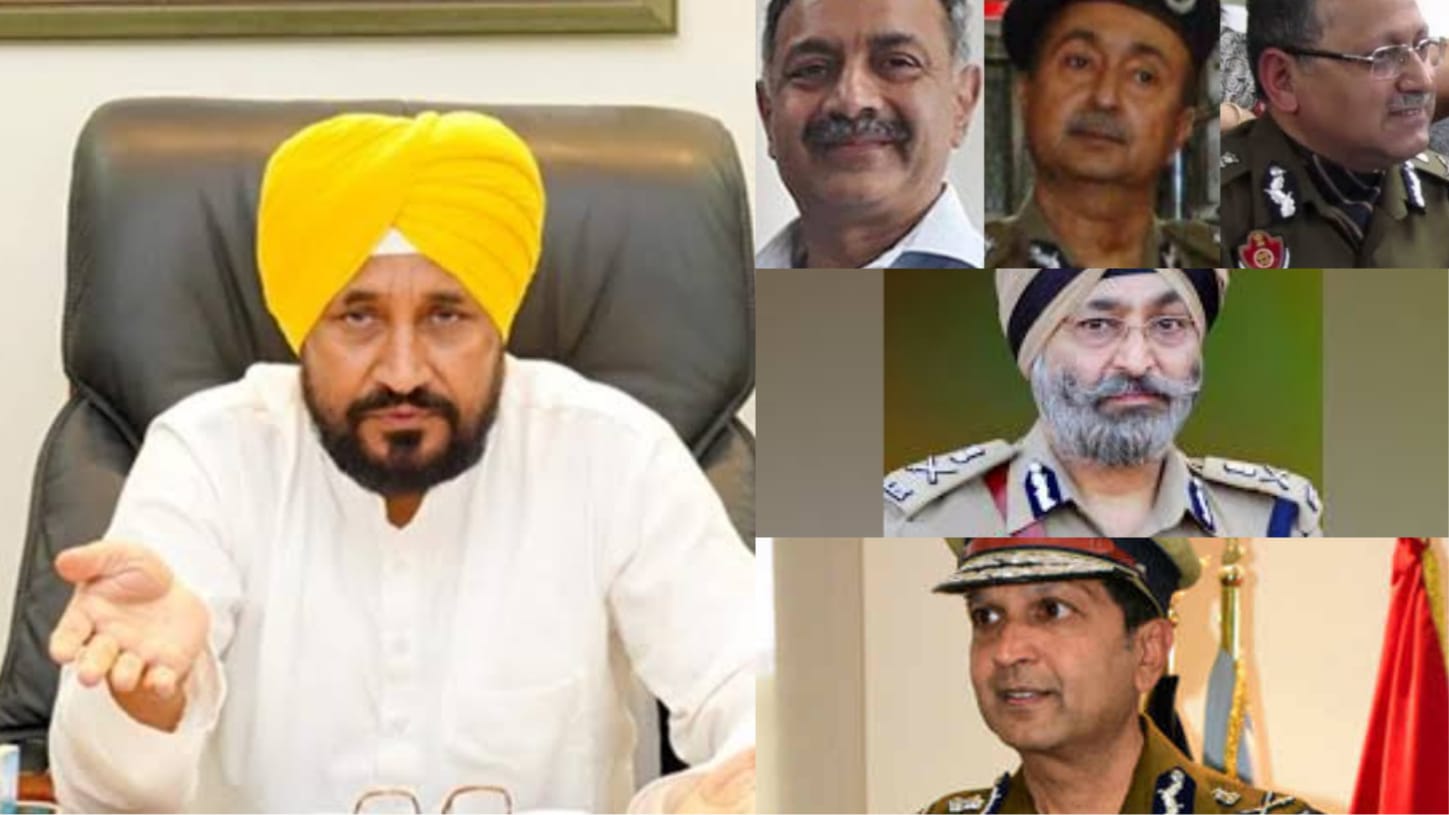 After chief minister Charanjit Singh Channi's meeting with Punjab Congress Chief Navjot Sidhu, the Punjab government on Thursday (Sept 30) submitted a panel of ten officers to the Union Public Service Commission (UPSC) for the appointment of a regular director general of police (DGP).
The 10 nominees for the post are- S Chattopadhyaya, outgoing DGP Dinkar Gupta, MK Tiwari, VK Bhawra, Parbodh Kumar, Rohit Chaudhary, IPS Sahota, Sanjeev Kalra, Parag Jain (on central deputation), and BK Uppal. According to Supreme Court guidelines, any officer with less than six months of service would not be eligible for the DGP position.
The state government would send a panel of top officials to the UPSC with a request to nominate the new DGP, according to the apex court's ruling. After evaluating their service record and other qualifications, the UPSC will return a panel of three officials. The state must choose one of these three officers for the top role.
The name of S Chattopadhyaya is being strongly pushed by the state Congress chief, Navjot Singh Sidhu. Chattopadhayaya, the hot-favourite of Sidhu is set to retire on March 31 next year, and if the names had not been sent out on Thursday, he would have been out of the race for the top post.
Rohit Chaudhary, who is also set to retire on March 31 next year, is in the same boat.
Also Read: Sulking Navjot Sidhu to stay; Cong to set up coordination committee soon
The government has decided to replace incumbent DGP Dinkar Gupta, who has taken a month's leave and has handed over the control of the office to IPS Sahota. However, Sidhu wants the removal of Sahota from the top post.
He claimed that IPS Sahota has given a clean chit to the Badals and Baba Ram Rahim of Dera Sacha Sauda in the sacrilege charges when he was in charge of a Special Investigation Team (SIT) set up by the Badal-led-SAD government in 2015.
Meanwhile, officers Dinkar Gupta and Prabodh Kumar have applied for central deputation.
Details of 10 IPS officers nominated for DGP post
S. Chattopadhyaya
Chattopadhyaya, a 1986-batch officer is the senior of DGP Dinkar and had also been in the race earlier. However, he was shunned out by Capt Amarinder Singh, and Dinkar Gupta was appointed as DGP to which Chattopadhyaya opposed aggressively.
He is currently the DGP, PSPCL in Patiala.
Dinkar Gupta
The incumbent DGP Dinkar Gupta decided to proceed on leave as the new government was looking forward to replacing him. The 1987-batch officer has also applied for central deputation amid a key reshuffle in the Punjab administration.
Also Read: Punjab CM Channi to again meet Congress High Command over issues raised by Sidhu
Iqbal Preet Singh Sahota
1988 batch IAS, Iqbal Preet Singh Sahota has been appointed as officiating DGP.
M.K Tiwari
Mr Tiwari is a 1987-batch officer. He is posted as Chairman-cum-MD, PPHC at SAS Nagar is scheduled to retire in less than six months on February 28th, 2022.
V.K Bharwa
The 1987-batch officer (posted as DGP Punjab Home Guards and dir., civil defence, chg.) has plenty of time left in his service. He is set to be relieved on 31st May 2024.
Prabodh Kumar
The former head of a Special Investigation Team (SIT) looking into the Kotkapura and Behbal Kalan police firing cases, DGP Prabodh Kumar is learnt to be a critic of Deputy Chief Minister Sukhjinder Randhawa.
After Randhawa’s appointment as Deputy CM and being given the ministry of Home Affairs, Mr Kumar has applied for central deputation.
He is a 1988 batch IPS officer (currently posted as Special DGP provisioning and Modernisation, Pb.., Chg) and is scheduled to retire in early 2025.
Rohit Choudhary
Mr Choudhary is a 1988 batch officer and is currently serving as special DGP in the Punjab state human rights commission. He is scheduled to retire in early 2022.
Sanjeev Kalra
The 1989 batch officer is currently serving as Special DGP in railways. He will retire on 28-02-2026.
Parag Jain
The 1989 batch officer is currently on central deputation and will retire on 31.12.2026.
Barjinder Kumal Uppal
The 1991 batch officer is the chief director of the state vigilance bureau and will retire on 31-05-2022.