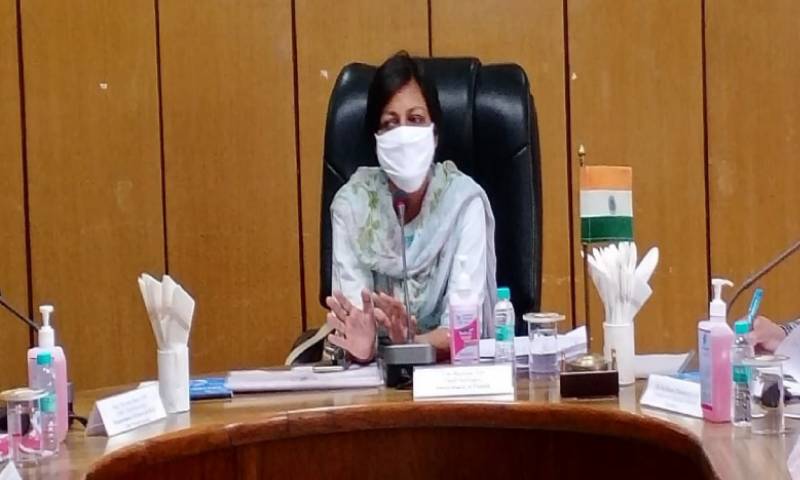 In order to further streamline and ensure hassle-free supply of liquid medical oxygen (LMO) in the state, the Punjab Government on Monday decided to increase the rates as per the present market rates for transportation of the life-saving gas from the manufacturers and suppliers outside the state as well as from the air separation and refilling units within the state.

A decision to this effect was taken at a high-level meeting, chaired by the Chief Secretary, Ms. Vini Mahajan, here.

“The decision will be implemented with immediate effect after the Transport department issues formal orders,” the Chief Secretary announced.

The development assumes significance as the state was facing certain issues that were creating hurdles in the smooth movement of LMO that was critically required to be supplied to the hospitals.

The Chief Secretary said it was decided that Punjab shall increase the transportation rates as per the present market trend.

She disclosed that it was also decided that in view of the now applicable Centre’s instructions issued on the rates of medical oxygen and the transportation rates fixed by the Transport department, the earlier tender conditions, if any, fixing the rates/ pricing of life-saving gas and also, that of its transportation will be considered as amended to the extent that now payment would be made to transporters as per the actual rate of LMO supplied to them by plants plus applicable transportation charges as per today’s orders issued by the state government.

The meeting further decided that an LMO storage tank at Government Medical College (GMC) in Amritsar will be set up forthwith.

With only 3.30L allocation for 18+ in May, Punjab CM orders 70% vaccine doses for co-morbid individuals

“As the levels of availability of medical oxygen in Amritsar remains critical, the work of operationalizing the storage tank shall be carried out at a war footing level and accomplished within minimum possible time,” revealed Ms. Mahajan.

In order to further ramp up the supply chain, the meeting took another important decision to immediately free the nitrogen carrying tankers used for movement of semen under contract with the Animal Husbandry department and utilize them for movement of LMO till the situation normalizes.