Punjab to go into polls on valentine’s day

The notification for the elections would be released on the 21st of January. Enrollments will be carried out till the 28th of January and the scrutiny of nominations will be done on the 29th of January. 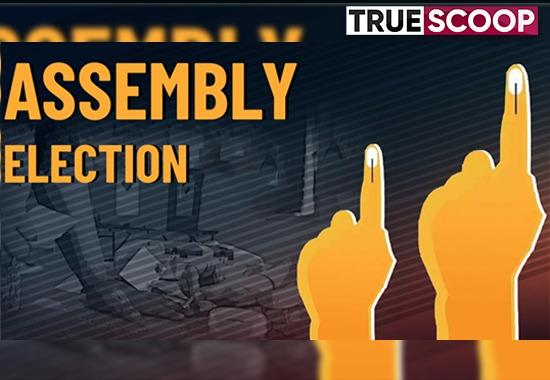 ECI has announced that the assembly election of Punjab would be held in the second phase on the 14th of February. The notification for the elections would be released on the 21st of January. Enrollments will be carried out till the 28th of January and the scrutiny of nominations will be done on the 29th of January.
the nominated candidates would be able to withdraw their nominations till January 31. The result will be out on the 10th of March.
After releasing the information about the elections in the press conference, the commission laid emphasis on the fact that the elections will be COVID safe. All the candidates will have the provision to enroll online. At the same point in time, activities like roadshows and processions will not be allowed till January 15. According to the current data, 82% of people in Punjab have received the first dose of vaccines and 46% have received the second dose. The state has a positivity of 2.1%.
In the current wake, the elections will be carried out on 117 seats. The term of the Legislative Assembly in Punjab is ending on March 17, 2022. For a first Punjab will see the battle between 4 major parties namely Congress, Aam Aadmi Party, Shiromani Akali Dal and Bharatiya Janata Party and Captain Amarinder Singh's party. At the same time post the agitation, 22 farmers’ organizations of Punjab have also made preparations to enter the elections by forming their separate front.
Also Read:Govt of Punjab appoints Viresh Kumar Bawra, IPS as Director General of Police
The regional party Shiromani Akali Dal has entered the fray in the elections in the alliance with Bahujan Samajwadi Party. Simultaneously, the new party of Captain Amarinder Singh, who left the Congress subsequent to splitting away from the Bharatiya Janata Party Akali Dal, is in political race unrest by restricting with the Punjab Lok Congress. Nonetheless, Captain's new party has not yet been perceived by the Election Commission, so the applicant Amarinder Singh proposes for his sake can challenge the political race on the BJP's image. Then again the decision party Congress and Aam Aadmi Party are in the fight alone in the races with practically no trade off or union with some other party.
Up until now, Congress was in the majority but the party brought about turmoil in the governance of the state amidst the resignation of Captain Amrinder Singh and the untimely selection of CM Channi.
What happens up-forth now is just a wait-and-watch game.