Toll tax rates have been raised to 80% in most regions. Meanwhile, in Haryana there will be no hike in toll taxes assured Chief Minister Manohar Lal Khattar. 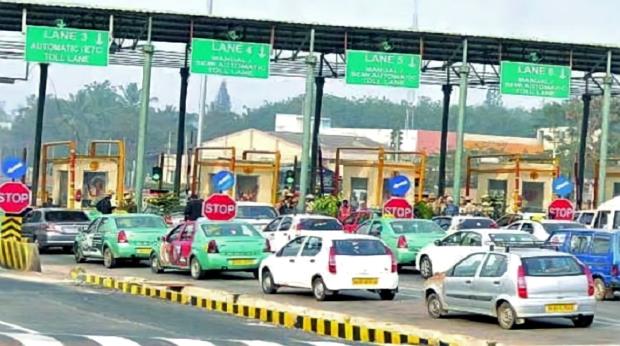 Following the repeal of the three controversial agricultural laws, farmers have started to return from Delhi's Singhu and Tikri borders. With this development, the shut-down toll plazas are slated to roll out operations. According to reports, all toll plazas in Punjab will be back to business by 15 December.
Ou-of-business toll plaza staff were seen fixing toll booths, boom barriers and hoardings that displayed the toll rates with a significant hike.
Security personnel stationed at the toll plaza stated that they are awaiting the green light to begin operations. Banks and agents selling Fastags have set up shop near the toll plaza, and commuters can be seen asking questions about monthly passes.
When it comes to the revised toll taxes, commuters will now be forced to pay significantly more due to losses over the last year. Companies managing Toll Plazas have started preparations to impose high toll taxes at their checkpoints.
According to reports, toll tax rates have been raised by more than 80% in most regions.
Travellers who used to pay Rs. 50 to travel between Phagwara and Nawanshehr would now have to pay Rs. 90 at the Behram Toll Plaza. Similarly, passengers who travel more than once used to pay Rs. 75, which has now been raised to Rs. 135.
Also Read: 64 tested positive to Covid in last 11 days, threat of Omicron soars in Punjab
The toll tax for commercial, load-carrying vehicles and Mini vehicles was Rs. 80 but has now been raised to Rs. 145. These vehicles now will be charged Rs. 215 instead of Rs 115 for several trips.
For buses and trucks, the single trip toll was Rs. 165, but it has now been raised to Rs. 300, and multiple trips will cost Rs. 450 instead of Rs. 245.
Meanwhile, in Haryana there will be no hike in toll taxes assured Chief Minister Manohar Lal Khattar.
Following a resolution passed by farmer unions not to allow toll companies to collect toll tax from commuters, toll plazas across the state were closed since October of last year. The action was taken to show their objection to the three farm laws.
Earlier in July, government officials reported that the Centre's income losses have risen to about Rs 2,000 crore, with roughly 50 toll plazas in Punjab and Haryana now closed for six to eight months. "The daily loss is approaching Rs five crore. This is maybe the longest closure of many toll plazas in a single event,” said a senior official.