While the Punjabi Music fans are busy because Karan Aujla’s BTFU is finally out, one of the songs from the album has raised legal troubles for the singer. One of the biggest artists in the Punjabi Music Industry, Karan Aujla has fallen into legal troubles due to his song ‘Sharab’ with Harjit Harman. A case has been filed by Social Activist Pandit Rao, while Manisha Gulati, the Chairperson of the Women’s Commission has made a complaint.

In their recent album, they have compared women with ‘Sharab’. This thing didn’t go well with social activists Pandit Rao and Manisha Gulati. The remarks made for the woman seem to be unacceptable. 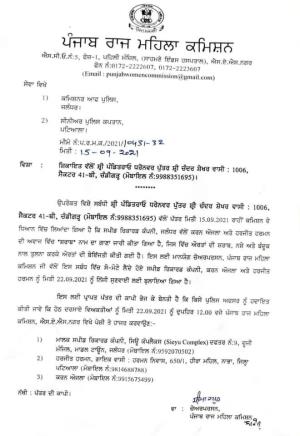 The commission has now directed the Jalandhar Police Commissioner (CP) and SSP to produce both these singers and the owner of the song releasing company Speed ​​Records in the next hearing.

The hearing is scheduled for 22 September and further updates will be given on the same date.

Till now there had been no official statement made by both these singers. It is often seen that there is a trend of comparing women with alcohol, guns and drugs in Punjabi songs. Many times this has created legal trouble for the singers and the company. Therefore Manisha Gulati, chairperson of Punjab State Commission for Women has taken cognizance of it.