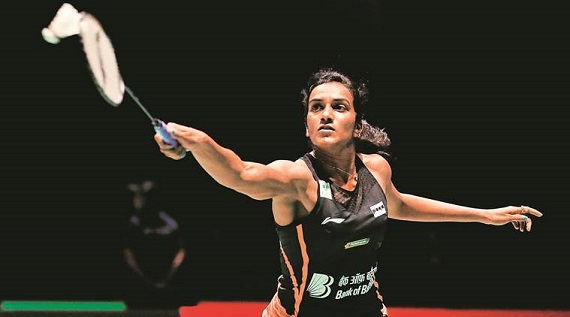 “A weak defence was the reason behind PV Sindhu’s slip in performance early in the year and the COVID-induced break has helped her address the flaw and also work on her motion skills ahead of the Tokyo Olympics”, said India’s foreign coach Park Tae-sang.

The 42-year-old, who was roped in for India’s men’s singles players in 2019, has been training Sindhu following the departure of fellow Korean coach Kim Ji Hyun after the Basel World Championship two years ago.

“Sindhu’s defence is weak compared to her attack. So I have been focussing on her defence training before the Olympics,” Park, who was the national coach with the Korean team from 2013 to 2018, told PTI.

“When Olympic was postponed, I thought it was an opportunity to work on her motion skills, and net training. All top players like Akane Yamaguchi, Tai Tzu Ying all know that Sindhu has got a strong attack, so they wait for her powerful smash.

“So we have tried to work on her defence which has been her weakness. So the idea was to help her get some variation from the back of the court, like playing more drops or tosses or half smashes.”

"I know a lot of people felt there was something not right with her physical strength when she lost in Thailand Open but it wasn't so. She reached the Swiss final, and All England semifinal and fitness has not been a problem," Park stated.

He said, further, "Her defence was the one only problem. (Carolina) Marin and Pornpawee (Chochuwong) are good attacking players, they were using a lot of half smash and straight smash, and when Sindhu's defence goes down on a day, it affects her other skills as well, she gets nervous.

"But now she has improved a lot in her defence as well. Her endurance on the court is also good."

With Marin pulling out of the Games due to a knee injury, Park has no doubt that Tai Tzu would be Sindhu's biggest rival at the Olympics.