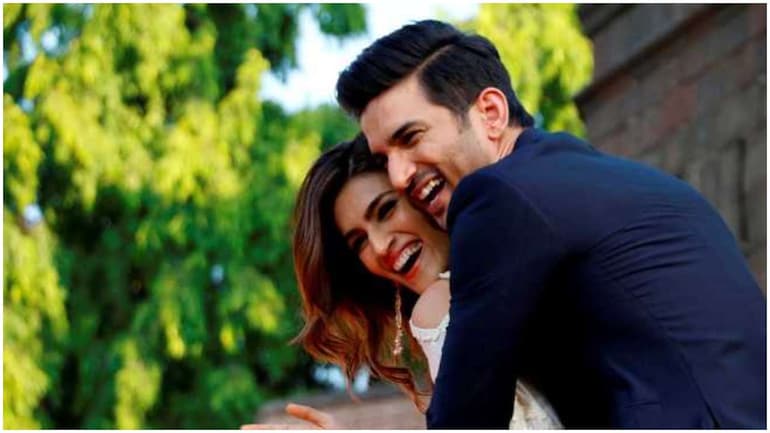 Kriti Sanon, who co-starred with Sushant Singh Rajput in the film 'Raabta,' shared a behind-the-scenes video clip from the film on her Instagram account on Wednesday to commemorate the film's fourth anniversary, which was released in 2017.

Kriti and Sushant can be seen having a good time while filming in the video clip.

Kriti sent an emotional note beside the video, reflecting on her time working on the film with Sushant Singh Rajput. See video here.

She wrote, "Tan lade, tan muk jaaye Rooh jude, judi reh jaaye...I believe in connection, I believe that we are meant to meet the people we do.. My Raabta with Sushant, Dinoo and MaddockFilms was just meant to be.. Films come and go..But every single film has so so many memories behind it.. The connections we make & the moments we live with each other stay within us..Some more than others..Raabta was one of my best and most memorable experiences and it will ALWAYS remain extremely close to my heart..Little did i know that it would be our first and last..#Raabta".
Also Read: Prateik Babbar Remembering Sushant Singh Rajput: ” SSR had an aura, wanted to Visit Antarctica after Chhichhore”


Kriti's most recent post on Sushant was on July 26, after she saw his posthumously released film 'Dil Bechara' on OTT.

Kriti wrote down her views after seeing the film and seeing Sushant for the last time on screen.See video here. 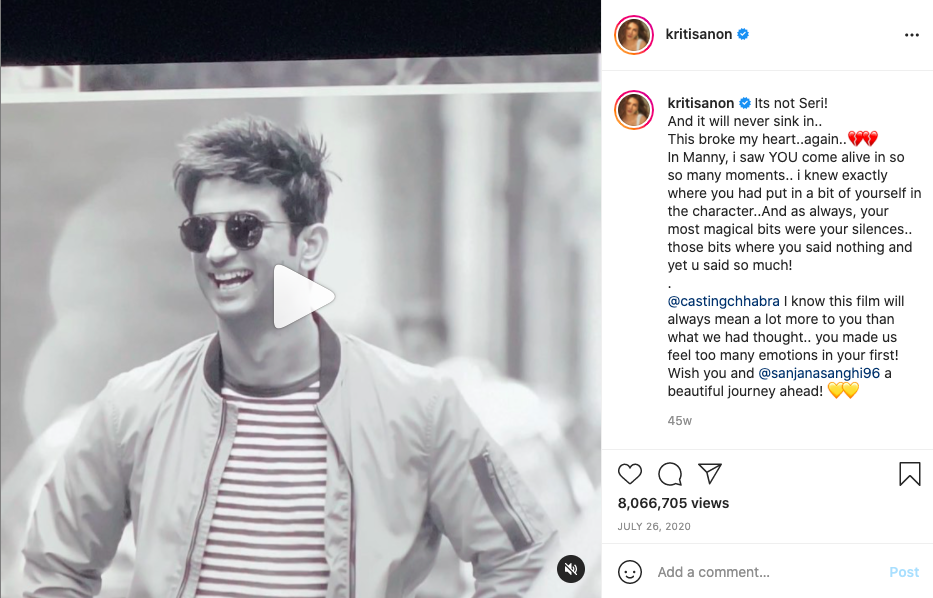 She wrote, "Its not Seri! And it will never sink in.. This broke my heart..again..In Manny, i saw YOU come alive in so so many moments.. i knew exactly where you had put in a bit of yourself in the character..And as always, your most magical bits were your silences.. those bits where you said nothing and yet u said so much!.@castingchhabra I know this film will always mean a lot more to you than what we had thought.. you made us feel too many emotions in your first! Wish you and @sanjanasanghi96 a beautiful journey ahead!."

Kriti Sanon's next films are 'Bachchan Pandey' and 'Bhediya,' in which she will star alongside Akshay Kumar and Varun Dhawan, respectively.